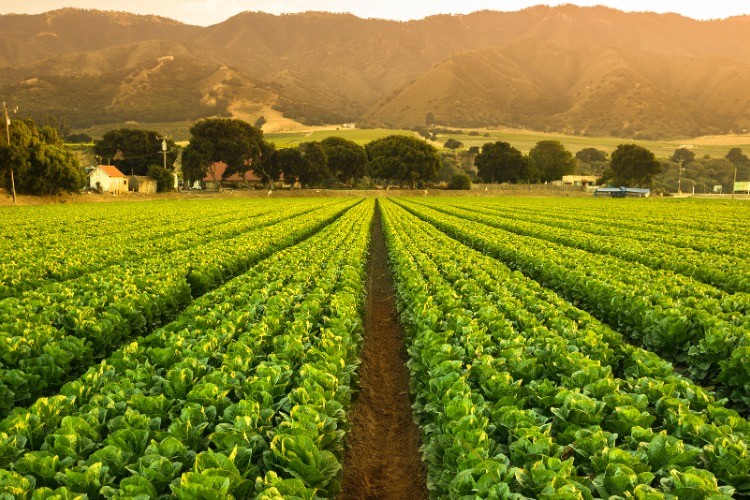 While it is known that money doesn’t grow on trees, such seemingly unexpected objects such as mRNA vaccines potentially may. California scientists say it is possible, as they are working on turning the edible plants into “mRNA vaccine factories.”

Researchers at the University of California-Riverside have announced earlier this month that they are developing a technology that would allow cultivated plants, such as lettuce and spinach, to carry the same medication as an mRNA vaccine. The project is being conducted in collaboration with scientists from University of California, San Diego and Carnegie Mellon University.

The project’s goals are threefold. First, the team will have to successfully deliver DNA containing the mRNA vaccines into the plant cells where it would replicate. Then, the plants need to produce as much therapeutics as contained in a single “traditional” shot. Finally, the scientists will need to estimate a proper dosage of the medicated plants a person should consume to develop an immune response and be protected from a disease. “Ideally, a single plant would produce enough mRNA to vaccinate a single person,” said Juan Pablo Giraldo, an associate professor in UCR’s Department of Botany and Plant Sciences, who leads the project.

The team behind the project argues just how revolutionary their invention would be.

Besides being extremely convenient to consume — no more needles! — the mRNA-producing plants would help overcome a challenge of keeping a fragile mRNA stable by keeping it cold. The scientists imply that if the information contained in mRNA is carried by a plant, it would be safely preserved, even if it is stored at room temperature.

Since anyone could grow plant-based vaccines “in their own gardens,” they would be easily, and likely economically, produced, and would be widely accessible. This type of self-reliance is said to be a long-term goal of the whole project. Giraldo also expressed his belief that “farmers could also eventually grow entire fields of it.”

The scientists provide that the plants are capable of growing the vaccines because of the chloroplasts — organelles in plant cells that convert sunlight into chemical energy needed to synthesize organic compounds, a process called photosynthesis.

But this is not all that the chloroplasts do, and their functioning plays an essential role in sustaining the life of the cell and the whole plant. Per ScienceDirect, “These organelles produce or participate in the production of a series of essential compounds required by other cell compartments. For instance, they are the primary site of biosynthesis of fatty acids, isoprenoids, tetrapyrroles, and amino acids, as well as of purines, pyrimidines, and pentoses necessary for nucleic acid buildup.”

In his previous research, Giraldo has shown that it is possible for chloroplasts to express genes that aren’t naturally part of the plant. That was achieved by sending foreign genetic material into plant cells inside a protective casing, similar to the way the existing mRNA COVID vaccines protect the mRNA with a lipid coating.

Nicole Steinmetz, a UC San Diego professor of nanoengineering who will be working on the project, said her team has engineered nanotechnologies that are capable of delivering genetic material to the chloroplasts.

“Our idea is to repurpose naturally occurring nanoparticles, namely plant viruses, for gene delivery to plants,” Steinmetz said. She added that they will need to make sure the nanoparticles go to the chloroplasts while rendering them non-infectious toward the plants.

The project was made possible thanks to a $500,000 grant from the National Science Foundation (NSF). The latter is closely collaborating with the Bill and Melinda Gates Foundation on various international and local initiatives aimed at fostering agriculture, per the NSF website (see examples here, here and here).

This mRNA technology is a relatively novel technology used in vaccines. While it has been studied for a couple of decades, it has first been tried in humans in the Pfizer-BioNTech and Moderna experimental gene therapeutics for COVID, aka COVID vaccines.

According to the Centers for Disease Control and Prevention (CDC), “[mRNA vaccines] teach our cells how to make a protein — or even just a piece of a protein — that triggers an immune response inside our bodies. That immune response, which produces antibodies, is what protects us from getting infected if the real virus enters our bodies.”

The nation’s top public health agency states that the protein similar to that of the real virus made by a person’s own cells is harmless, and that mRNA instructions stay in the injection site and once the protein is made, “the cell breaks down the instructions and gets rid of them.”

However, an alarming number of unusual adverse reactions developing in vaccinated people made scientists wonder if mRNA vaccines are indeed harmless and only stay where they were injected. It turned out they are likely not that safe, at least not always. Also, they don’t just stay in the upper arm muscle. For example, the Japanese regulatory agency released a study earlier this year showing spike protein in inoculated people was found in the spleen, liver, adrenals, and ovaries, where its concentration was the highest. The main findings of the study were explained in English by Canadian immunologist and vaccine researcher Byram Bridle, and may be found here.

Moreover, Dr. Robert Malone, an inventor of mRNA technology, has warned that mRNA vaccines remain “biologically active,” i.e., get bio-distributed throughout the body, and the spike protein that they cause the body to produce is not “harmless,” but “cytotoxic,” i.e., it can damage cells.

It is unclear if the mRNA grown in plants would be as potentially unsafe as the mRNA utilized in the “traditional” jabs.