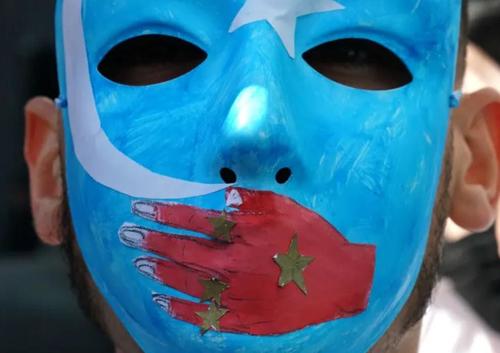 The Biden administration said Thursday it imposed trade restrictions on more than 30 Chinese research institutes and entities over human rights violations and the alleged development of technologies, such as brain-control weapons, that undermine U.S. national security.

The Commerce Department accused China’s Academy of Military Medical Sciences and 11 of its research institutes of using biotechnology “to support Chinese military end uses and end users, to include purported brain-control weaponry,” according to a notice in the Federal Register.

“The scientific pursuit of biotechnology and medical innovation can save lives,” Commerce Secretary Gina Raimondo said in a statement. “Unfortunately, [China] is choosing to use these technologies to pursue control over its people and its repression of members of ethnic and religious minority groups. We cannot allow U.S. commodities, technologies, and software that support medical science and biotechnical innovation to be diverted toward uses contrary to U.S. national security.”

The State Department has deemed as “genocide” China’s repression of Uyghurs and other Muslim minorities in Xinjiang, which includes the use of forced labor and sterilization. The U.S. intelligence community has said that China has established a “high tech surveillance system” across Xinjiang “as part of its apparatus of oppression,” said a senior administration official, speaking on the condition of anonymity because of the matter’s sensitivity.

As a part of that system, authorities not only use biometric facial recognition for mass surveillance, but also have collected DNA samples from all Xinjiang residents ages 12 to 65, the official said.

“We’ve had concerns about China’s activity in the biotechnology space for quite a while,” the official said, adding that targeting firms and bolstering the U.S. biotechnology sector will be a “continued area of focus for us.”

Somehow the WaPo managed to write up its lead paragraph as follows:

The Biden administration said Thursday it is adding China’s top military medical research institute to an export blacklist in response to concerns about Beijing’s use of emerging technologies such as biometrics and brain-control weapons in ways that U.S. officials say threaten national security.

In a very lengthy sentence that names companies that are blacklisted, the actual statement by the Federal Register says “its eleven research institutes use biotechnology processes to support Chinese military end uses and end users, to include purported brain-control weaponry. This activity is contrary to U.S. national security and foreign policy interests under § 744.11(b) of the EAR.”

I have no idea what China is or isn’t doing, nor it seems does the Federal Register. The word “brain” appears only once in the document preceded immediately by the word “purported”.

An anonymous author explains COVID-19 better than the corporate media ever could.

My name is Spartacus, and I’ve had enough.

We have been forced to watch America and the Free World spin into inexorable decline due to a biowarfare attack. We, along with countless others, have been victimized and gaslit by propaganda and psychological warfare operations being conducted by an unelected, unaccountable Elite against the American people and our allies.

Our mental and physical health have suffered immensely over the course of the past year and a half. We have felt the sting of isolation, lockdown, masking, quarantines, and other completely nonsensical acts of healthcare theater that have done absolutely nothing to protect the health or wellbeing of the public from the ongoing COVID-19 pandemic.

Now, we are watching the medical establishment inject literal poison into millions of our fellow Americans without so much as a fight.

We have been told that we will be fired and denied our livelihoods if we refuse to vaccinate. This was the last straw.

We have spent thousands of hours analyzing leaked footage from Wuhan, scientific papers from primary sources, as well as the paper trails left by the medical establishment.

What we have discovered would shock anyone to their core.

First, we will summarize our findings, and then, we will explain them in detail.

The pandemic and its response served multiple purposes for the Elite:

• Concealing a depression brought on by the usurious plunder of our economies conducted by rentier-capitalists and absentee owners who produce absolutely nothing of any value to society whatsoever. Instead of us having a very predictable Occupy Wall Street Part II, the Elites and their stooges got to stand up on television and paint themselves as wise and all-powerful saviors instead of the marauding cabal of despicable land pirates that they are.
• Destroying small businesses and eroding the middle class.
• Transferring trillions of dollars of wealth from the American public and into the pockets of billionaires and special interests.
• Engaging in insider trading, buying stock in biotech companies and shorting brick-and-mortar businesses and travel companies, with the aim of collapsing face-to-face commerce and tourism and replacing it with e-commerce and servitization.
• Creating a casus belli for war with China, encouraging us to attack them, wasting American lives and treasure and driving us to the brink of nuclear armageddon.
• Establishing technological and biosecurity frameworks for population control and technocratic- socialist “smart cities” where everyone’s movements are despotically tracked, all in anticipation of widespread automation, joblessness, and food shortages, by using the false guise of a vaccine to compel cooperation.

Any one of these things would constitute a vicious rape of Western society. Taken together, they beggar belief; they are a complete inversion of our most treasured values.

What is the purpose of all of this? One can only speculate as to the perpetrators’ motives, however, we have some theories.”