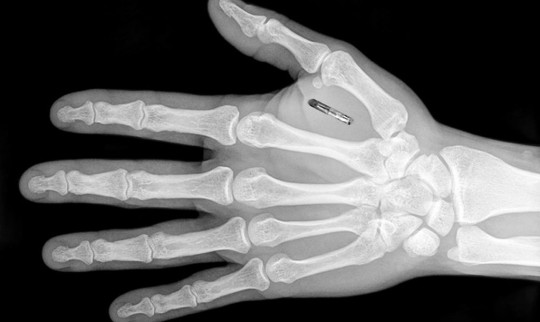 A start-up hub in Sweden has showcased a new use for its microchip implants: your Covid-19 vaccination passport. The company Epicenter plans to market the versatility of the technology it spent years developing. The chips use Near-field communication (NFC), which can communicate with any NFC-capable smartphone. The company says the procedure is entirely reversible.

The interesting thing about humans is they are prone to make the same mistakes as those who preceded them.

Even though history is replete with examples, of the ramifications of citizens giving up liberty, personal autonomy rights, and free speech, as new technology is released, people today are increasingly doing the same thing as those who suffered for their decisions in the past.

A recent example is people in Sweden are allowing a microchip technology, in the form of a large grain of rice, to be implanted under their skin as a means of storing one’s COVID-19 vaccine passport, according to a video from the South China Post that went viral Friday.

The company’s “chief disruptor” Hannes Sjoblad demonstrated how their product has been adapted as a Covid passport, implanted under the skin in the arm or hand.