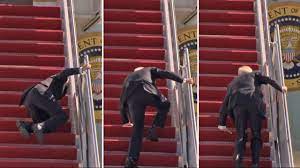 According to a new poll from CBS News, most Americans no longer think Joe Biden is competent, focused, or effective as president.

“A new poll, out today shows Americans wanted to withdraw from Afghanistan, but they disapprove of the way you’ve handled it,” the reporter began. “The poll also found that based in part on what transpired over the last week, a majority of Americans — and forgive me, I’m just the messenger — no longer consider you to be competent, focused, or effective at the job.”

“I haven’t seen that poll,” Biden said, clearly hoping to dismiss it.

In response to Biden’s comment that he hadn’t seen the poll, the reporter assured him, “It’s out there, from CBS this morning.”

The reporter, still hoping to get a legitimate response, asked, “What would you say to those Americans who no longer believe that you are doing the job?”

“Look, I had a basic decision to make: I either withdraw America from a 20-year war that, depending on whose analyses you accept, cost us $150 million a day for 20 years or $300 million a day for 20 years, who — and I — you know I carry this card with me every day — and who — in fact, where we lost 2,448 Americans dead and 20,722 wounded,” Biden explained. “Either increase the number of forces we’d keep — we keep there and keep that going, or I end the war. And I decided to end the war.”

Biden later insisted that when this is over, “the American people will have a clear understanding of what I did, why we did it.”

It seems clear to me that Americans understand why. Most Americans agree with getting out of Afghanistan. Still, the way it happened—the incompetence and the disaster that resulted from breaking the deal with the Taliban and evacuating the military before civilians, only to bring the military back in larger numbers—has people questioning Biden’s competence. And rightly so. Biden is trying to tie the assessment about the withdrawal directly to the question of whether we should still be there or not. But that’s really not the issue. Even those who wanted to get out wanted it to be done right.