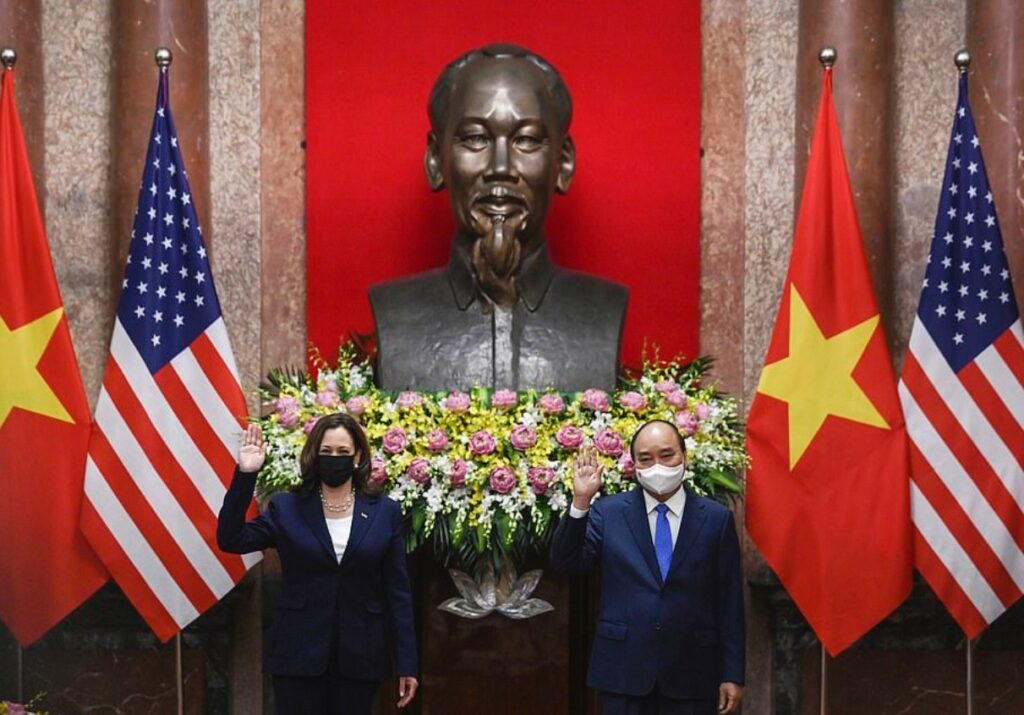 While in Vietnam last week, Kamala Harris posed with Vietnamese Communist leaders in front of the Ho Chi Minh sculptures.

Ho Chi Minh was a brutal dictator and the founder of the Vietnamese Communist Party. His regime carried out a class genocide against wealthy farmers and landowners, killing hundreds of thousands in Vietnam.

Who is she appealing to in this photo?

Kamala Harris bailed on the United States when catastrophe struck in Afghanistan, traveling to Singapore and Vietnam.

The land reform was a massacre of innocent, honest people, and using contemporary terms we must say that it was a genocide triggered by class discrimination.

More than 172,000 people died during the North Vietnam campaign after being classified as landowners and wealthy farmers, official records of the time show.

Unofficial estimates of those killed by Ho Chi Minh’s Vietnam Labor Party, which later become the Vietnamese Communist Party, range from 200,000 to 900,000.

The Vice President of the United States posed for a photo in front of a Communist Dictator.

Ho Chi Minh was once an enemy but to this Administration, he is a friend.