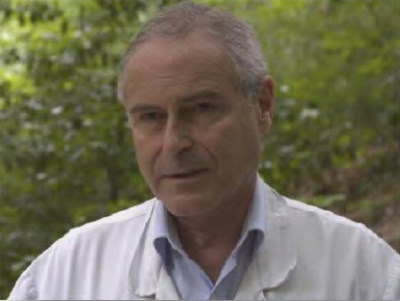 “If you are vaccinated with an efficient vaccine, you are protected. You should not have to wear a mask anymore; you should have a normal life.”

PARIS, France (LifeSiteNews) – A prominent French scientist with extensive expertise in infectious diseases has called the COVID-19 vaccines “dangerous” and stated that they “are not really vaccines.”

Perronne is one of France’s foremost expert on infectious diseases. Until recently, he was the head of the Medical Department for Infectious Diseases at Raymond Point Carré hospital in Garches, a post he held from early 1994. Raymond Point Carré hospital is the teaching hospital for the University of Versailles-St Quentin near Paris. Perronne is also a fellow at Institut Pasteur, a world-renowned biomedical research center.

But in spite of his many years of service in the French healthcare sector and his infectious diseases expertise, Perronne was dismissed as head of the Medical Department for Infectious Diseases at Raymond Pointcarré hospital following a number of statements he made in defense of hydroxychloroquine and for criticizing the global response to the COVID-19 pandemic. His critique included the vaccination campaign.

Perronne has also been the victim of censure and censorship by the French media, who paint him as a conspiracy theorist. His reputation has been badly damaged by these attacks, and he has been ostracized and discredited by his former colleagues. The French medical elite are working hand in glove with pharmaceutical lobbies and have aligned themselves with the official policy of the French government on the management of the COVID-19 crisis.

The danger of the vaccines

Perronne began the interview by insisting that he is not against vaccines as such.

“I am not anti-vaccine because I wrote the vaccination policy for France for a great many years,” he told UK Column’s chief editor Brian Gerrish.

“The problem is that the products they call ‘vaccines’ for Covid-19 are not really vaccines.”

“The worst part is that the first “vaccines” that we are offered are not vaccines, but gene therapy products. We will inject nucleic acids that will cause the production of parts of the virus by our own cells. We absolutely do not know the consequences of this injection, because it is a first in humans. What if the cells of some “vaccinees” made too many viral elements, causing uncontrollable reactions in our body? The first gene therapies will be with RNA, but there are projects with DNA. Normally, in our cells, the message is sent from DNA to RNA, but the reverse is possible in certain circumstances, especially since our human cells have since the dawn of time contain so-called “endogenous” retroviruses integrated into the body. The DNA of our chromosomes. These “domesticated” retroviruses that inhabit us are usually harmless (unlike HIV, AIDS retrovirus for example), but they can produce an enzyme, reverse transcriptase, capable of transcribing backwards, from RNA to DNA. . Thus an RNA foreign to our body and administered by injection could encode DNA, just as foreign, which can then integrate into our chromosomes. There is therefore a real risk of transforming our genes permanently.There is also the possibility, by modifying the nucleic acids of our eggs or sperm, to transmit these genetic modifications to our children. The people who promote these gene therapies, falsely called “vaccines” are sorcerer’s apprentices and take the French and more generally the citizens of the world, for guinea pigs . We do not want to become, like transgenic tomatoes or corn, GMOs (genetically modified organisms).A medical official from one of the manufacturing pharmaceutical companies said a few days ago that he hoped for an effect of personal protection, but that one should not hope too much for an impact on the transmission of the virus, therefore on the dynamics of the ‘epidemic. This is a disguised admission that it is not a vaccine. A shame.” – From: Open letter from Professor Christian Perronne

Perronne has studied in detail the various products now commonly referred to as “COVID vaccines;” he says they are better described as “genetic modifiers.” He explained that the process on which their supposed efficacy is based is dangerous, as it involves the uncontrolled production of proteins by the body.

“When you inject messenger RNA to produce a huge amount of a spike protein, a fragment of the SARS-CoV-2 virus, you can’t control the process,” he stated.

When asked why the vaccination campaign was permitted, the professor replied: “I think you should put this question to the politicians because in the history of infectious disease medicine, it has never happened that a state or politicians recommend systematic vaccinations for billions of people on the planet for a disease whose rate of mortality now is 0.05%.”

In December 2020, the French professor expressed in an open letter his concerns regarding COVID “vaccines,” warning of their potential danger.