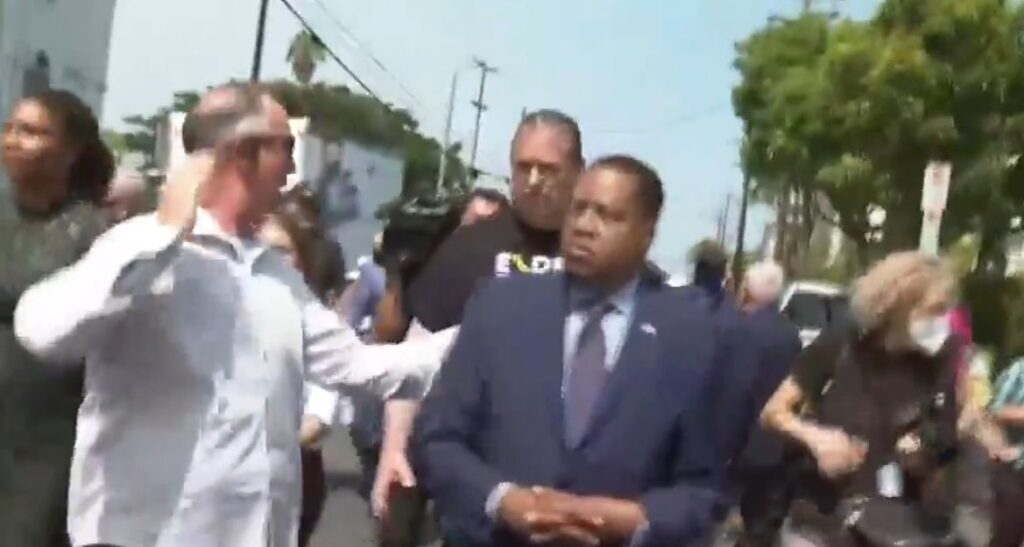 California gubernatorial candidate Larry Elder was marching with his supporters through a Venice neighborhood on Wednesday when he was attacked by left-wing opponents.

“Videos of the incident show a first egg flying through the air and nearly hitting Elder,” Fox News noted. “A member of Elder’s team is then seen putting his arm on the candidate’s back and saying: ‘We’re getting egged from behind’.”

The Los Angeles Times has been in a complete freak-out over the threat posed by Larry Elder to Gavin Newsom. The LA Times non-satirically ran a column that called him the “black face of white supremacy,” ran more columns supporting the ridiculous assertion, and claimed that somehow life would ‘get harder‘ for blacks in California if Elder would be elected in the recall.

The polling coming out of California are aimed to demoralize the state’s Republican residents and suppress the opposition vote. Numerous left-wing polls show that the majority of Californians prefer to “keep” Newsom rather than replace him with someone more competent. Californians should only care about one poll, and that is the one the ends on Tuesday, September 14.

If Newsom’s spot as California governor was secure, you wouldn’t have former President Barack Obama cutting throwaway ads supporting him, or a vice president taking time out of her presumably busy schedule to campaign for him, as Kamala Harris did on Wednesday.