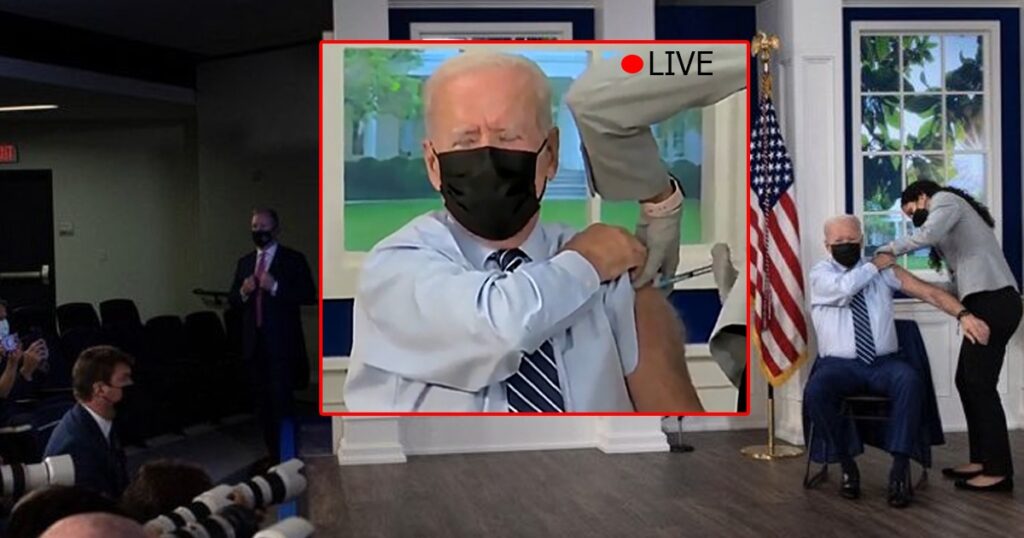 After photos surfaced showing that Joe Biden apparently used a television stage to broadcast himself receiving his third dose of the Pfizer COVID-19 vaccine, claimed to serve as a “booster shot,” conservatives mocked the idea of the often unresponsive president, who rarely takes questions from media, receiving the shot in such a fashion, and questioned the White House’s motives.

Yesterday Joe Biden claimed to receive his third dose of the Pfizer COVID-19 vaccine. It was later revealed to the public that Biden was in fact on a stage during the performance, rather than in his real office or at one of the many places to become vaccinated in Washington, D.C. The seemingly-strange act has led to some to question his motivations, and others to question whether he actually received the vaccine at all.

“The Biden Presidency is such a joke,” wrote political consultant and former Nevada GOP Chair Amy Tarkanian. “Why would someone set up a fake White House backdrop when they live and work in the actual White House? Nothing they do makes sense.” Charlie Kirk wrote that “Nothing is real with these people, it’s all smoke and mirrors.” He added, “We’re supposed to entrust them with all of our personal health decisions?”