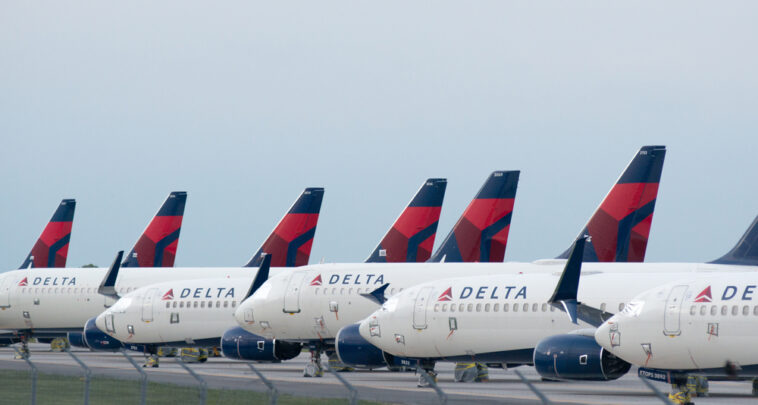 Delta Airlines’ CEO Ed Bastian appeared on Fox Business on Saturday and explained why the airline that he leads will respect employees’ personal health decisions and not enforce a vaccine mandate.

“We’re proving that you can work collaboratively with your people, trusting your people to make the right decisions, respecting their decisions and not forcing them over the loss of their jobs,” Delta’s CEO said.

Delta is the only major airline that has not mandated that its employees be vaccinated for Covid-19. The airline has an approximate 90% vaccination rate already, and expects this to increase to 95% in November.

“Mandate is only one way to get people vaccinated,” Bastian told Reuters Wednesday in an interview. “It’s a very blunt instrument.”

Southwest Airlines recently faced major operational disruption that compelled its CEO to announce that he would not be firing employees over the vaccine mandate.

“We are not going to fire any employees over this,” Southwest CEO Gary Kelly said.

“This is a government mandate, it’s a presidential order, and we’re doing our best to comply with that according to the deadlines that have been set,” Kelly added.

“I’ve never been in favor of corporations imposing that kind of a mandate, I’m not in favor of that, never have been,” Kelly said on CNBC. “But the executive order from President Biden mandates that all federal employees and then all federal contractors, which covers all major airlines, have to have a vaccine mandate in place by December 8. So we’re working through that.”

While the federal vaccine mandate was announced in September, it has not yet been formally issued by the Biden administration. The uncertainty has caused many corporations to pre-emptively comply with the vaccine order, even though the unannounced regulations would conflict with some state laws.

Southwest Airlines employees are reportedly organizing a peaceful protest, and American Airlines recently appeared to take a page out of the Southwest playbook by causing the airline major disruption.

“Hundreds of AA workers and allies protested outside the company’s Fort Worth, Texas headquarters,” Newsweek reported. “The protesters told The Dallas Morning News that they are skeptical of the vaccines’ effectiveness and their unreported side effects.”

According to the online publication Paddle Your Own Kanoo, “the protestors were a mix of employees from across the airline including pilots, gate agents and ramp workers. Some wore their uniforms, while their numbers were swelled by friends and family who supported their right to reject the vaccine.”