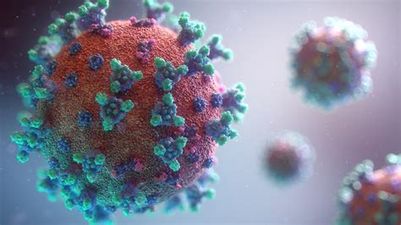 (LifeSiteNews) — A 63-year-old previously healthy Michigan man developed a seven-centimeter tumorous growth after receiving Johnson & Johnson/Janssen’s shot against COVID-19, which caused him to go into respiratory failure and life-threatening cardiogenic shock where his heart was unable to pump enough blood to his vital organs.

One day after receiving the J&J shot, the man developed “intractable nausea,” vomiting, shortness of breath, watery diarrhea, chills, sweats, and heavy chest pain, though he had no symptoms prior to getting the COVID vaccine and no significant past medical history, according to a recently published case report titled “Johnson and Johnson COVID-19 Vaccination Triggering Pheochromocytoma Multisystem Crisis.”

A nearly three-inch noncancerous mass was detected by ultrasound in his right adrenal gland (which sits atop the kidney), and tests confirmed a diagnosis of a pheochromocytoma — a rare type of noncancerous tumor that releases hormones which may, according to the Mayo Clinic, cause high blood pressure, headache, sweating and symptoms of a panic attack, and may lead to severe or life-threatening damage to other body systems if not surgically removed.

The Yellow Card adverse event reporting system in the United Kingdom has recorded indexed 731 reports of neoplasms (including 454 related to the U.K.-made AstraZeneca COVID vaccine, and 248 related to the Pfizer/BioNTech shot).

‘Elephant in the room’

There are accounts of tumor markers increasing, previously innocuous cancer abruptly worsening and cases where the patient rapidly deteriorated and died. Doctors describe tumors “exploding” and rapidly increasing in size after COVID vaccination and of disease being suddenly aggravated. There are accounts of tumors ulcerating and new symptoms appearing, or unexpected metastasis of old cancers. Cancer patients describe how “everything went downhill” after the shots, and doctors speculate if the vaccination compromised the immune system so cancer could lead to such rapid demise. In one report of woman’s precipitous decline with cancer, a doctor remarked that “the elephant in the room was the vaccine.”

A sampling of VAERS reports related to vaccination against COVID includes:

Remarkably, most of these cases conclude with the statements, “No follow-up attempts are possible,” or, “No further information is expected.” For most, there is no investigation, including autopsy. In the exceptional case where an autopsy is performed, the relationship to the vaccine frequently “cannot be evaluated.”

“I’ve seen three people who developed pancreatic cancers within weeks of vaccines,” a doctor in an American college town who wishes to remain anonymous told LifeSiteNews. He has also seen a case of prostate cancer that rapidly became aggressive and a breast cancer that suddenly became so big it filled a quarter of a woman’s chest wall. “They’re so aggressive, they’re untreatable,” he said. “I might recall one case like this, these are once in a blue moon events,” but he added that he has heard other doctors speak of seeing similar cases recently, as well.

More on this topic at Mediaverse.news: