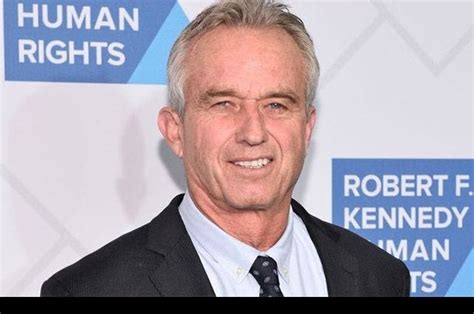 Kennedy explained how the Vaccine Act in 1986, collusion between Dr. Anthony Fauci and billionaire Bill Gates, and Gates’ ties to the World Health Organization have contributed to vaccines that are never safety tested.

Editor’s Note: We strongly encourage watching the entire video interview to best appreciate the extraordinary importance of Kennedy’s statements and his new book. Kennedy is difficult to understand at the beginning of the video, but this becomes easier as the interview proceeds.

In an interview on November 15 with Fox News host Tucker Carlson, Robert Kennedy Jr., the nephew of late U.S. President John F. Kennedy, detailed the decades-long corruption occurring within the pharmaceutical industry and the federal regulatory agencies. Included is the collusion between Dr. Anthony Fauci, director of the National Institute of Allergy and Infectious Diseases (NIAID), and Gates pursuant to vaccine development, vaccine safety, mass vaccination programs, and legal immunity.

According to Kennedy, it “wasn’t a bunch of hippies” who thought the vaccines were dangerous, but rather it was “insurance companies” who refused to insure vaccine manufacturers because their products were “too dangerous.”

Kennedy explained that when Pfizer, called Wyeth at the time, developed and administered a “diphtheria, tetanus, and pertussis vaccine (DTP)” in the “early ‘80s,” they quickly discovered that there was serious risk of injury. Despite their “internal documents” presuming a “one in 15,000” rate of “permanent brain injury or death,” the Centers for Disease Control and Prevention (CDC) listed the serious injury rate at merely “one in a million.”

Kennedy described that after the mass reports of injury and death, Wyeth (Pfizer) conducted its own study with the National Institute of Health (NIH) and found that the true injury rate was a staggering “one in 300.”

“[After the frightening discovery] they went to the Reagan administration, and to the Democrats in Congress … and they said, ‘if you don’t give us blanket freedom from liability, we are going to stop making vaccines and you will be out of a vaccine supply,’” Kennedy informed Carlson. “So, Congress passed and Reagan signed [the Vaccine Act].”

In the interview, Kennedy told Carlson that “everybody was reluctant” to pass the measure, and Reagan had even asked Wyeth (Pfizer), “why don’t you just make the vaccine safe?” to which the company stated, “Because vaccines are unavoidably unsafe.”

Confirming Kennedy’s assertion, the National Childhood Vaccine Injury Act of 1986 uses the phrase “unavoidable side effects” verbatim when enshrining into law that “no vaccine manufacturer shall be liable in a civil action for damages arising from a vaccine-related injury or death.”