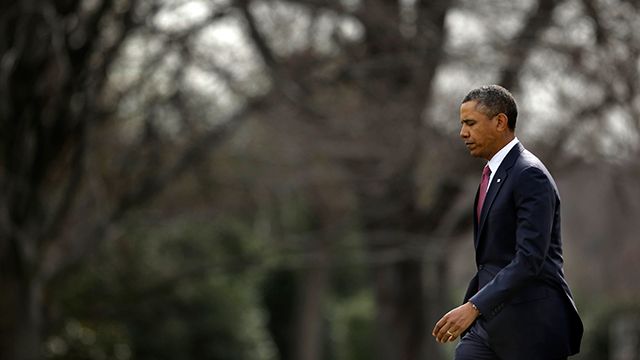 A deleted web article recovered by The National Pulse reveals that former President Barack Obama spearheaded an agreement leading to the construction of biolabs handling “especially dangerous pathogens” in Ukraine.

The news comes on the same day that Biden regime apparatchik Victoria Nuland told the U.S. Senate that the American government is concerned about biological research facilities falling into Russian hands as a result of the ongoing conflict in Eastern Europe.

Originally posted on June 18th, 2010, the article “Biolab Opens in Ukraine” details how Obama, while serving as an Illinois Senator, helped negotiate a deal to build a level-3 bio-safety lab in the Ukrainian city of Odessa.

The article, which also highlighted the work of former Senator Dick Lugar, was additionally included in Issue No. 818 of the United States Air Force (USAF) Counterproliferation Center’s Outreach Journal.

“Lugar said plans for the facility began in 2005 when he and then-Senator Barack Obama entered a partnership with Ukrainian officials. Lugar and Obama also helped coordinate efforts between the U.S and Ukrainian researchers that year in an effort to study and help prevent avian flu,” explained author Tina Redlup.

A 2011 report from the U.S. National Academy of Sciences’ Committee on Anticipating Biosecurity Challenges of the Global Expansion of High-Containment Biological Laboratories explained how the Odessa-based laboratory “is responsible for the identification of especially dangerous biological pathogens.”

“This laboratory was reconstructed and technically updated up to the BSL-3 level through a cooperative agreement between the United States Department of Defense and the Ministry of Health of Ukraine that started in 2005. The collaboration focuses on preventing the spread of technologies, pathogens, and knowledge that can be used in the development of biological weapons,” the report continues.

“The updated laboratory serves as Interim Central Reference Laboratory with a depozitarium (pathogen collection). According to Ukrainian regulations, it has a permit to work with both bacteria and viruses of the first and second pathogenic groups,” explains the report.

A separate document detailing Ukraine’s biolab network from the BioWeapons Prevention Project outlines in greater detail the scope of pathogens the facility has conducted research with.

Among the viruses the lab studied were Ebola and “viruses of pathogencity group II by using of virology, molecular, serologica and express methods.”

Additionally, the lab provided “special training for specialists on biosafety and biosecurity issues during handling of dangerous biological pathogenic agents.”