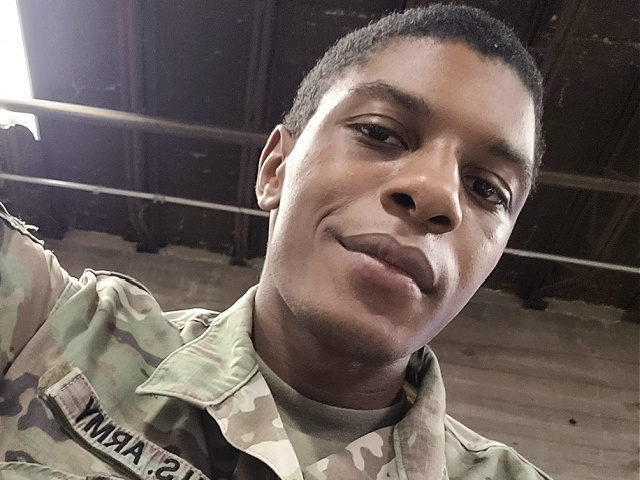 Indeed a hero, but isn’t it Mexico’s responsibility to monitor the safety of people on its own border?

Texas Gov. Greg Abbott (R) honored missing National Guard Specialist Bishop Evans on Sunday after he went missing, presumably from jumping into the Rio Grande to save migrants from drowning.

Sharing a photo of the serviceman, Greg Abbott hailed Evans a “hero” for risking his life in service to the Lone Star State and the United States of America.

“Texas National Guard Specialist Bishop Evans is a hero who risked his life in service to Texas & America. Law enforcement & rescue teams continue a relentless search for him. Join us in prayer for a successful recovery,” tweeted Abbott.

As Breitbart News reported, Evans was identified by authorities on Sunday after search and rescue teams had been tirelessly searching for his whereabouts since he went missing in the Rio Grande on Friday:

An extensive search was launched on Friday morning after Evans was reported missing. Search teams from the Texas Army National Guard, Texas Parks and Wildlife, Border Patrol, and other agencies converged along the river. The search continued through Saturday with negative results. Operations resumed early Sunday, with the addition of three airboats from the Texas Department of Public Safety.

The Texas Rangers, a division of the Texas Highway Patrol, are currently investigating the circumstances surrounding the soldier’s disappearance. Initial information has led them to believe two of the migrants struggling in the current were involved in illicit transnational narcotics trafficking, according to a statement issued by the Texas Military Department. Those migrants are currently being held at a Border Patrol detention facility in Eagle Pass.

Though not yet conclusive, Evans is believed to have drowned while rescuing migrants attempting to cross the sometimes deadly river. Thoughts and prayers poured out all over social media, with people honoring him as a hero.