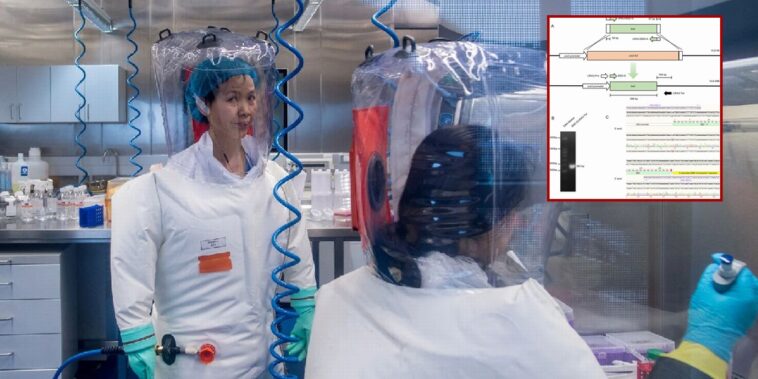 In a scientific article in Virologica Sinica, the official journal of the Chinese Society of Microbiology, the authors explained the process for artificially engineering a monkeypox virus. The journal article was submitted by researchers at the Wuhan Institute of Virology, the Center for Biosafety Mega-Science, the State Key Laboratory of Virology and the Chinese Academy of Sciences. It was published by Editor-in-Chief Professor Zheng-Li Shi, who is the Director for the Center for Emerging Infectious Diseases at the Wuhan Institute of Virology.

Zheng-Li Shi, also known as the “bat woman,” has been deeply implicated in the suspected lab leak at the Wuhan Institute of Virology that may be traced to the ongoing worldwide Covid-19 outbreak. The New York Times, in a 2021 article, profiled Dr. Shi and highlighted doubt that the Wuhan Institute of Virology is blameless for the origination of the novel coronavirus pandemic. Years later, those doubts still linger about the Wuhan lab, fueled in part by the Biden administration‘s inability to issue a definitive statement on the matter.

In the journal article, the authors discuss the Transformation-associated recombination (TAR) process for assembling large DNA constructs, such as monkeypox viruses. The authors highlight the dual-selection system of synthesizing DNA sequences, which “has proven beneficial for TAR cloning” but “has never been applied to TAR assembly.”

“In this study, we added the PADH1-URA3 cassette to pGF as a negative selection marker and explored whether the dual-selection system could be applied in TAR assembly,” the authors state while using technical language.

“Monkey poxviruses (MPXVs) are large DNA viruses… As a member of the Orthopoxvirus genus in the family Poxviridae, MPXV is subdivided into the West African and Congo Basin clades,” the authors then state. “The latter is more pathogenic and has been reported to infect humans in various parts of the world,” the article adds.

“For MPXV [monkeypox] detection, Li et al. reported that the C3L (complement-binding protein) gene could be used as the qPCR target for the MPXV Congo Basin strain,” the authors add. “Since MPXV infection has never been associated with an outbreak in China, the viral genomic material required for qPCR detection is unavailable.”

Importantly, there has been no “patient zero” identified as the originator of the 2022 monkeypox outbreak. China has not been singled out as implicated in the outbreak, which the World Health Organization says has led to 92 cases in 12 countries.

“This isn’t like previous encounters with the virus,” she writes. “The widespread nature of the outbreak and evidence of frequent human-to-human transmission has researchers questioning whether the virus has changed to become more transmissible.”