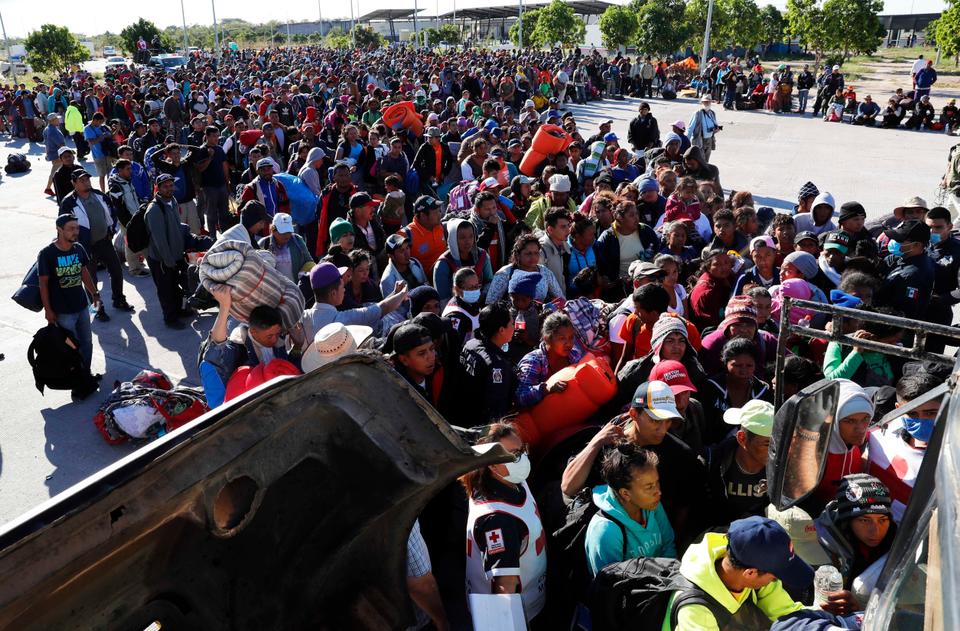 AUSTIN, Texas — Infamously, former President Bill Clinton’s defense for his 1990s affair with White House intern Monica Lewinsky rested on his artful, lawyerly definition “on what the meaning of the word ‘is’ is.”

It is now clear that Vice President Kamala Harris, also a lawyer, has plagiarized that page from the Clinton play book. She told “Meet the Press” that the border is “secure.” Asked what that means, she answered “We have a secure border in that that is a priority for any nation, including ours and our administration.”

So the border is secure, if you pretend secure doesn’t mean what it means.

For everyone else with common sense, by no definition is the border secure. The consensus truth comes to us via U.S. Customs and Border Protection public databases, which show that apprehensions of illegal migrants on the Southwest Border have smashed every record on the books by hundreds of percentage points.

America is in the midst of the greatest mass migration crisis in its history, all of it traceable to White House policies implemented on Inauguration Day 2021. Border Patrol has laid hands on nearly 4 million illegal border crossers in the 19 months since, well over 2 million of them (that we know of) are now living inside America.

Harris is hardly alone in the Biden White House in masking a lie behind the twisted definition of “secure” when it comes to describing the southern border’s utter pandemonium. Department of Homeland Security Secretary Alejandro Mayorkas also has infamously declared “the border secure” multiple times and always during months that had marked the “most ever” of one statistic or another.

Listening to these people, it becomes clear that their definition of “border security” is not at all deterrence, deportation and obstruction so that no one is crossing. Their definition comes to us by way of, for instance, Fox News Sunday on May 1, 2022. Anchor Bret Baier asked Mayorkas if the administration’s objective was to “sharply reduce the number of illegal immigrants coming across the southern border.”

The leader of the American homeland security enterprise had to veer sharply away from saying that was his ideal for border security. No, the Mayorkas definition of border security was “that we have safe, legal, and orderly pathways for individuals to be able to access our legal system.” Meaning, everyone who wants to claim asylum is quickly ushered in and resettled across America.

Baier gave the DHS chief a second bite at the apple, just to make sure. Asked to identify legislation that could “help you deport more illegal immigrants,” Mayorkas reiterated that deportation was not a priority.

US national debt nears $31 TRILLION for the first time ever and is still rising due to Joe Biden’s semiconductor vow, student loan forgiveness and green plans… despite Covid spending halt