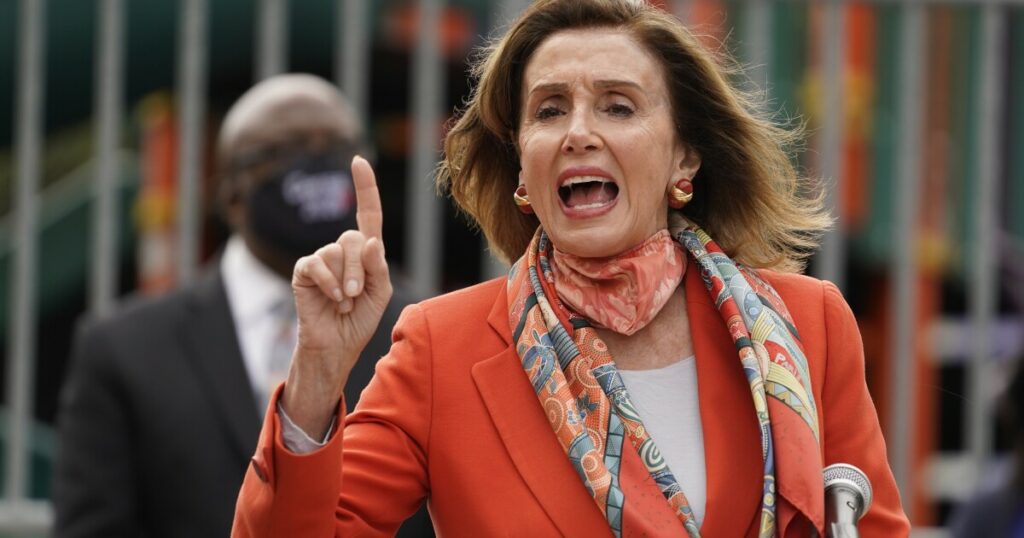 ‘If you don’t instantly accept what Wolf Blitzer and Andrea Mitchell claim, then you’re a crazy conspiracy theorist.’”

Independent journalist Glenn Greenwald said Sunday that there was a very simple reason that members of his chosen profession seemed unwilling to question the narrative surrounding the alleged attack on Paul Pelosi — namely the possibility that asking questions could put their careers at risk.

Greenwald laid out his theory in a Twitter thread, saying that it didn’t even matter whether or not the prevailing narrative — that the person who was arrested at House Speaker Nancy Pelosi’s (D-CA) was a far-right conspiracy theorist and election denier — was true. The point, he said, was that it couldn’t be questioned.

“It’s very possible that the instantly formed media narrative — Paul Pelosi’s attacker was a MAGA fanatic who broke in to murder Nancy — will be proven true. But right now there are so many glaring doubts and holes in that story that it just takes common sense to question this,” Greenwald began.

“It’s genuinely alarming how conditioned so much of the U.S. population is to equate skepticism toward the pronouncements of media corporations with mental illness: ‘If you don’t instantly accept what Wolf Blitzer and Andrea Mitchell claim, then you’re a crazy conspiracy theorist.’”

Greenwald went on to explain that even journalists who had questions about the prevailing narrative — on any topic — often felt as though they couldn’t say anything without risking their jobs or even their entire careers.

“It’s so crucial to understand the dynamic dominating journalism. Few journalists have career security,” Greenwald continued. “Imagine you’re a young journalist at a big media corporation. You know if you ask these questions, Twitter will explode and it can ruin your career.”

He then listed the questions he’d like to see answered before claiming he understood exactly what went down in the Pelosi’s home:

Pew Research: Gen Z Is Done with Facebook, but 67% Use TikTok

Facebook, once the most popular social media platforms in the world, has reportedly plummeted in popularity among younger users according to a new Pew Research Center survey. China’s TikTok on the other hand is used by 67 percent of young people.

Facebook is not as popular as it once was with Gen Z, plummeting in use amongst younger demographics according to a recent Pew Research Center survey. In a 2015 survey, Pew found that 71 percent of teens aged between 13 and 17 used Facebook. Facebook beat other platforms such as Instagram, Snapchat, and Twitter among the younger demographic.

But the most recent 2022 survey shows that for teens aged 13 to 17, Facebook usage dropped from 71 percent in the 2015 study to just 31 percent today. While Facebook’s popularity has dropped significantly, YouTube has become one of the most popular platforms among teen users. Other popular social media sites include China’s TikTok, Snapchat, and Instagram.

Facebook still beats Twitter among the Gen Z demographics, but Snapchat and Instagram have completely dwarfed its popularity. Sixty-two percent of teens use Instagram and 59 percent use Snapchat, according to Pew. Chinese-owned TikTok was also more popular than Facebook with 67 percent of those surveyed saying they use the app. The popularity of TikTok amongst young people is a serious problem, especially given the recent news that employees in China can access the private user data of Americans, and that more than 300 current employees of TikTok and parent company ByteDance used to work in Chinese state media.

Elon Musk has taken over Twitter. And right on cue, woke lefties are already losing their minds over the news.

According to an article from CNN Business, “anxious” Twitter users are in search of new alternatives to the platform as the Musk deal closes.

In the hours after Elon Musk completed his purchase of Twitter late Thursday, many avid users began voicing their uncertainty about the future of the platform and whether they want to remain on it. But with few obvious alternatives, Twitter users may be left with nowhere else to go…

“Let’s go back to Tumblr. It’s time,” tweeted Chris Grant, group publisher of Polygon and The Verge. “I already hate this site but this feels like maybe the moment to nuke the ol’ account permanently. Where do the cool kids hang out that isn’t owned by [points Elon’s way].”

“SAVE US FRIENDSTER,” Patton Oswalt, the actor and stand-up comedian, posted on Twitter.

You can’t make this stuff up. What’s interesting about all this hysteria from woke leftists is that there has been virtually no discussion from Musk about banning accounts.

Just word of reinstating accounts that should have never been removed in the first place like former President Donald Trump and Kanye West.

The left clearly takes issue with this, because it means many of their progressive ideas and talking points will be challenged far more than they have been in the past. Which is not how Twitter is supposed to work according to these “anxious” liberals.

One of the new social media sites liberals have been fleeing to is Tribel. Which has preemptively banned Donald Trump and his son, Elon Musk, and Kanye West from its platform.

Tribal, which has likely garnered a lot of new users thanks to the left freaking out over the highly anticipated Musk takeover of Twitter this week, seems to be on a banning spree.

Which is rich considering the social media network prides itself on and promises to promote a place of inclusion, tolerance, and free speech.

Tribel has been trending on Twitter a lot this week not just for its blatant censorship against conservatives and wrongthink, but also for its terrible cyber security issues and data harvesting.

The following now-deleted section in Tribel’s Terms of Service has also come under fire in recent days.

Tribel stated that in exchange for using the site, users agreed to:

An unlimited, perpetual, irrevocable, fully-paid, transferable, assignable, sub-licensable, worldwide license to use, reproduce, modify, publish, edit, translate, distribute, commercially exploit, repurpose, perform and display any and all Posted Information, including personal information, survey answers … and all other kinds of information you post to the Website.

“We really have no idea why our former lawyer put that in there, and we should have checked his work more carefully,” Tribel replied after coming under fire.

“We would never ‘sell’ any user posts – whatever that means! We’re political activists!” they added.

Per the revised version, users “irrevocably waive … any claims and assertions of moral rights or attribution with respect to your Posted Information.”

It’s worth noting that not all celebrities have been in meltdown mode over the Musk Twitter takeover.

“Excited to see what you accomplish here,” retired basketball star Shaquille O’Neill tweeted at Musk on Wednesday ahead of the deal closing.

This feels like “if Donald Trump is President, I’m moving to Canada” circa 2016 all over again. Grab your popcorn!