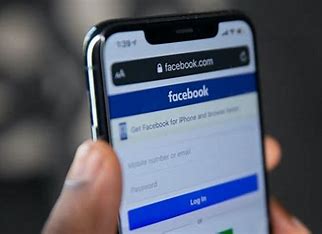 Facebook is planning to begin large-scale layoffs this week that will affect thousands of employees with an announcement planned as early as Wednesday.

Facebook parent company Meta Platforms Inc forecast a weak holiday quarter and significantly more costs next year wiping about $67 billion off Meta’s stock market value, adding to the more than half a trillion dollars in value already lost this year.

The disappointing outlook comes as Meta is contending with slowing global economic growth, competition from TikTok, privacy changes from Apple, concerns about massive spending on the metaverse and the ever-present threat of regulation.

The impending layoffs were first reported in the Wall Street Journal.

Chief Executive Mark Zuckerberg has said he expects the metaverse investments to take about a decade to bear fruit.

In the meantime, he has had to freeze hiring, shutter projects and reorganize teams to trim costs.

The social media company had in June cut plans to hire engineers by at least 30%, with Zuckerberg warning employees to brace for an economic downturn.

Meta’s shareholder Altimeter Capital Management in an open letter to Mark Zuckerberg had previously said the company needs to streamline by cutting jobs and capital expenditure, adding that Meta has lost investor confidence as it ramped up spending and pivoted to the metaverse.

Amazon is following other big companies and has instituted a hiring freeze at its corporate offices.

In an email to staff that has been since published on the company’s website, Beth Galetti, Senior Vice President of People Experience and Technology at Amazon, announced the change, saying that it expects the pause in hiring to continue for at least a few months.

Galetti said that the macro-economic situation, as well as the amount of hiring the company has done over the last few years, is the cause for the hiring pause.

With the economy in an uncertain place and in light of how many people we have hired in the last few years, Andy and S-team decided this week to pause on new incremental hires in our corporate workforce. We had already done so in a few of our businesses in recent weeks and have added our other businesses to this approach. We anticipate keeping this pause in place for the next few months, and will continue to monitor what we’re seeing in the economy and the business to adjust as we think makes sense. In general, depending on the business or area of the company, we will hire backfills to replace employees who move on to new opportunities, and there are some targeted places where we will continue to hire people incrementally.

Galetti went on to say that the hiring freeze should “give each team an opportunity to further prioritize what matters most to customers and the business, and to be more productive.”

Wot’s in the shots?

What is in the Pfizer vaccines? Recently, Dr David Nixon, a Brisbane GP, decided to find out, putting droplets of vaccine and the blood of vaccinated patients under a dark-field microscope.

That’s a more radical decision than it might sound. According to Sasha Latypova, a scientist with 25 years of experience in clinical trials for pharmaceutical companies, the contract between Pfizer and the US government prohibits independent researchers from studying the vaccines. They claim it would ‘divert’ these precious resources away from their intended use fulfilling an ‘urgent’ need.

Is that true in Australia? Who knows? All the Commonwealth Department of Health has said about its contract with Pfizer is that it is commercial-in-confidence.

The Therapeutic Goods Administration performs tests on all Covid vaccines for composition and strength, purity and integrity, identity and endotoxins, but it provides scant details other than the batch numbers tested and whether they passed. (Spoiler alert: they did.)

In the US, the Centers for Disease Control specifically states that all Covid-19 vaccines are free from ‘metals, such as iron, nickel, cobalt, lithium, and rare earth alloys’ and ‘manufactured products such as micro-electronics, electrodes, carbon nanotubes, and nanowire semiconductors’.

Notably, this list does not include graphene oxide which has been widely investigated for biomedical applications. Some researchers sing its praises, its ‘ultra-high drug-loading efficiency due to the wide surface area’, its exceptional ‘chemical and mechanical constancy, sublime conductivity and excellent biocompatibility’. But there’s a catch. ‘The toxic effect of graphene oxide on living cells and organs’ is ‘a limiting factor’ on its use in the medicine.

So is there graphene oxide in the Pfizer shots? What Nixon found, and filmed, is bizarre to say the least. Inside a droplet of vaccine are strange mechanical structures. They seem motionless at first but when Nixon used time-lapse photography to condense 48 hours of footage into two minutes, it showed what appear to be mechanical arms assembling and disassembling glowing rectangular structures that look like circuitry and micro chips. These are not ‘manufactured products’ in the CDC’s words because they construct and deconstruct themselves but the formation of the crystals seems to be stimulated by electromagnetic radiation and stops when the slide with the vaccine is shielded by a Faraday bag. Nixon’s findings are similar to those of teams in New Zealand, Germany, Spain and South Korea.

An Italian group led by Riccardo Benzi Cipelli analysed the blood of over 1,000 people, one month after they were vaccinated, who had been referred for tests because they had experienced side effects. They ranged in age from 15 to 85 and had had between one and three doses. More than 94 per cent had abnormal readings, deformed red blood cells, reduced in counts and clumped around luminescent foreign objects which also attracted clusters of fibrin. Some of the foreign objects dotted the blood like a starry night, some self-assembled into crystalline structures and others into spindly branches and tubes.

The Italians think the objects are metallic particles and say they resemble ‘graphene oxide and possibly other metallic compounds’. They believe the damaged blood is contributing to post-vaccine coagulation disorders, which in turn contribute to increased malignancies, while graphene-family materials are associated with oxidative stress, DNA damage, inflammation and damage to those parts of the immune system that suppress tumours.

The artificial mRNA concoction which is ‘cloaked’ from the recipient’s immune system is also likely to reduce the recipients immune function, increasing the likelihood of new or recurring tumours.

Nixon has shared his findings with Wendy Hoy, professor of medicine at the University of Queensland who has called on the Australian government and its health authorities to explain the apparent spontaneous formation of chips and circuitry in mRNA vaccines when left at room temperature, and the abnormal objects that can be seen in the blood of vaccinated people. Hoy thinks that these are ‘undoubtedly contributing to poor oxygen delivery to tissues and clotting events, including heart attacks and strokes’ and asks why there is no systematic autopsy investigation of deaths to investigate the role of the vaccine in Australia’s dramatic rise in mortality.

According to the latest data from the Australian Bureau of Statistics, excess mortality was over 17 per cent in July. It is similarly elevated in other highly vaccinated populations.

In the UK, there have been more excess deaths in the last three months than at any time during the pandemic or indeed since 2010. In the most recent week, excess mortality in England was 16 per cent.

The situation is all the more alarming because there should be fewer deaths now, since so many people died earlier in the pandemic. There has also been a dramatic rise in people with disabilities.

Why is this? Almost certainly, because the unvaccinated who die of Covid in NSW are frail and elderly with multiple comorbidities, living in aged care or palliative care or at home, and don’t go to hospital. Why weren’t they vaccinated? Probably because they or their doctors feared it would kill them.

The question is, how many others is it killing too? Until health authorities tell us what’s in the shots, we won’t know.