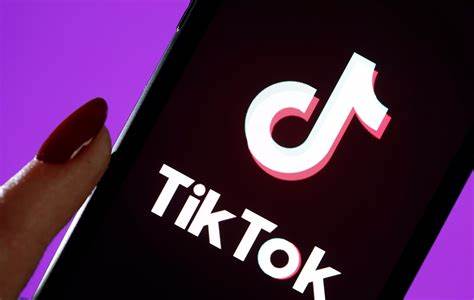 Democratic Party is the party of unmarried women

Scott Adams, the Dilbert cartoonist also known for his second career as a political pundit, argued Wednesday that a big factor in Democrats’ strong performance in the midterm election was the TikTok platform — which is owned by China.

Adams first noted that while Republicans won among men, and also among married women, Democrats won by a massive margin among unmarried women. He retweeted Brad Wilcox, director of the National Marriage Project:

Noting that Sen. Lindsey Graham (R-SC) had contributed to the fervor around abortion by proposing a national ban after 15 weeks, Adams added:

“Allowing TikTok, a Chinese company … to be the primary channel for the most important group of voters in the United States. Do you see any problem there?”

These 6 corporations control 90% of the media outlets in America. The illusion of choice and objectivity

Elite is a word we use in our daily conversations but few people probably know the origin and the history of the word. Elites (French élite, from Latin eligere, to select or to sort out) are a small group of powerful people who hold a disproportionate amount of wealth, privilege, political power, or skill in society.

This elite class, which also includes the Big Tech companies, now controls what we read, watch, or listen to. There is even a new browser extension tool that shows how the Big Tech giants are invading your privacy by tracking your every move online.

Today, their impacts are more felt in our online news intake and media consumption habits. 37 years ago,  50 companies control the media in America. Fast forward to 2011, American news outlets are controlled only by 6 powerful corporations. Back in 2018, Jim Morrison, a singer, songwriter, and poet, who served as the lead vocalist of the rock band, once  said: “Whoever controls the media, controls the mind.”

He was right. Today, Americans think they have an unlimited variety of entertainment and media options right at their fingertips. But it is all a lie. This illusion of choice was fabricated by the media elites. In the early 90s before the mainstream adoption of the Internet, the media landscape used to be simple and straightforward. Today, 6 media giants control a whopping 90% of what we read, watch, or listen to.

Objectivity in journalism is an illusion created by the elite class to give the appearance of balanced news. However, there is no such thing as unbiased news. Journalists who work for these six corporations answer to their owners and ultimately serve their agendas. For example, no logical thinking person will expect Washington Post to write a fair and objective story about its owner, especially a story that Jeff Bezos reportedly cheated on his wife. The point of all these is that the media outlets don’t necessarily serve the interest of the people they control, instead, they serve the interests of their owners.

In today’s startup-centric economy, it is almost impossible for independent media outlets to compete with these six giant corporations that distribute and control a majority of the media in this country. While it may seem that we have limitless options, the simple truth is that we don’t.

“Today, a majority of online content we consume on the Internet is controlled by Comcast, ATT, Verizon.”

That being said, below is an infographic of six corporations that own everything in the big media today. This infographic created by Jason at Frugal Dad shows that almost all media comes from the same six sources.

Of note, this infographic is dated and does not reflect the current media owners of some of the news outlets. For example, GE no longer owns NBC anymore. But the fact that a few companies own everything demonstrates “the illusion of choice,” Frugal Dad says. As of September 2020, the 6 media giants are ATT (bought Time Warner), CBS, Comcast, Disney, News Corp (the parent company of Fox News), and Viacom.

Below is a video of “Who owns The Media?” The video documents the power of the media and how few media outlets control everything we hear.

About $2 billion of customer funds have vanished from collapsed crypto exchange FTX, according to two people familiar with the matter.

Founder and CEO Sam Bankman-Fried secretly transferred $10 billion of customer funds from FTX to the trading company Alameda Research, which is run by his girlfriend Caroline Ellison, Reuters reports.

A large portion of that total has since disappeared, they said. One source put the missing amount at about $1.7 billion. The other said the gap was between $1 billion and $2 billion.

While it is known that FTX moved customer funds to Alameda, the missing funds are reported here for the first time.

The financial hole was revealed in records that Bankman-Fried shared with other senior executives last Sunday, according to the two sources.

The records provided an up-to-date account of the situation at the time, they said. Both sources held senior FTX positions until this week and said they were briefed on the company’s finances by top staff.

Bahamas-based FTX filed for bankruptcy on Friday after a rush of customer withdrawals earlier this week. A rescue deal with rival exchange Binance fell through, precipitating crypto’s highest-profile collapse in recent years.