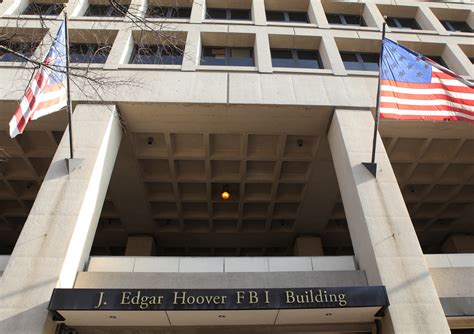 First Amendment advocates are raising the alarm following reports that the FBI explicitly warned Twitter about a potential “hack-and-leak” attack on Hunter Biden in weekly meetings ahead of the 2020 election.

A Dec. 4 report from the New York Post outlines how the FBI warned Twitter that “state actors” were “likely” to carry out a “hack-and-leak operation” involving Hunter Biden in October of that year. These briefings reportedly led Twitter to censor the Post’s reporting on Hunter Biden’s laptop on Oct. 14, 2020.

Former Twitter Head of Site Integrity Yoel Roth made the comments in a sworn legal declaration as part of the company’s defense in a lawsuit brought by the Tea Party Patriots Foundation, the Post reported. It’s unclear when exactly the discussions between Twitter and the FBI took place.

In response to this report, independent journalist and former constitutional lawyer Glenn Greenwald told the Daily Caller that “there is no question that the First Amendment’s free speech guarantee bars any attempts by government officials, including those in the Executive Branch and U.S. Security State, to pressure or coerce private actors such as Twitter to censor for them.”

“That is especially true since those security state agencies and numerous Executive Branch departments can either reward or undermine the business interests of Big Tech companies in multiple ways, from rewarding them with lucrative contracts to imposing new crippling regulations on them,” Greenwald continued. “That executive branch officials exert so much power over Big Tech leaves no doubt that their pressure campaigns to induce Big Tech to censor how they want are inherently coercive and thus would be unconstitutional.”

Similarly, Vice President of Media Research Center’s Free Speech America Dan Schneider told the Daily Caller that the FBI warnings are part of “a Constitutional crisis, where the U. S. government is using its resources to aim social media missiles at Republicans and conservatives.”

“Yet The New York Times and others have ignored this story or downplayed its seriousness. The government using third parties to censor speech is the real threat to democracy,” Schneider added. “Twitter interfered in the 2020 election. There’s no excuse for it. Elon Musk has committed to making Twitter the hub of free speech. He should commit to never letting Twitter sway another election.”

Entrepreneur and conservative commentator Vivek Ramaswamy told the Caller he believed it was “unconstitutional” for “intelligence agencies [to] coerce or induce private companies to censor political speech.”

As early as Dec. 2019, the FBI knew that Hunter Biden feared his laptop had been stolen by the Russians and could be used to blackmail him, the Federalist reported in Aug. 2021.  Brian Della Rocca, the attorney for the owner of the Delaware repair shop where Hunter Biden allegedly left his laptop, told the Federalist that unearthed videos of Hunter telling a prostitute a second laptop was stolen are on the original laptop’s hard drive.

The “Twitter files” shared by veteran journalist Matt Taibbi demonstrate that James Baker, a former FBI attorney and Twitter’s Deputy General Counsel at the time, contributed to censoring the Post’s Hunter Biden laptop story. Baker reportedly believed it was “reasonable to assume” the materials “may have been” hacked, according to Taibbi’s tweet thread.

The FBI also warned Facebook to be on “high alert” and “vigilant” about Russian propaganda ahead of the 2020 election, Meta CEO Mark Zuckerberg told Joe Rogan in August. Zuckerberg did not say anything specifically about the Hunter Biden laptop, but he conceded it “fit the pattern” after Rogan raised the topic.