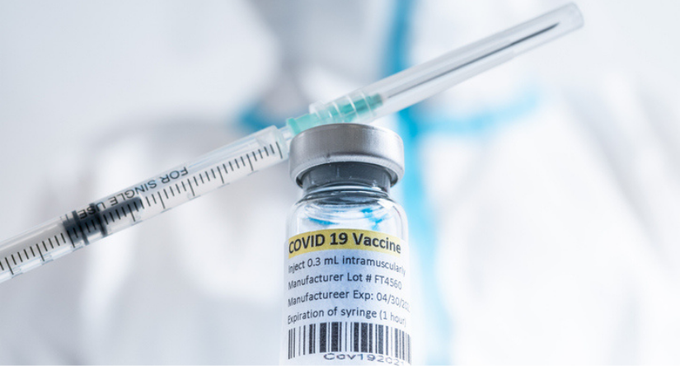 On Monday, the FDA announced that it had approved the Pfizer-BioNTech COVID-19 vaccine for the prevention of the disease in individuals 16 years of age and older, but the rushed nature of their announcement raises questions.

Liberal media hacks rejoiced and gleefully spread the news they had been waiting for since Trump left office and the vaccine magically transformed into their only hope for mankind.

“Time for mandates!” They exclaimed, in some form or another, as they feverishly began plotting how they could now call for conservatives to be held down while a needle gets jammed in their arm.

And how convenient, just in time for booster shots!

The tyrants in Biden’s regime also jumped at the news and immediately said they would force all active-duty military members to get the jab. They are expected to implement even more draconian restrictions now that the FDA has given the experimental and highly controversial mRNA vaccine their ‘blessing.’

But wait just one second.

Just a few months ago when Trump was in charge, these same bootlickers were singing a completely different tune. They sounded the alarm about the vaccine being rushed and corners being cut so it could be distributed more quickly.

Now Biden fraudulently holds office and they follow along mindlessly like sheep as the FDA skips out on conducting crucial clinical trials and ignores mounting data that suggests the vaccine is less effective than natural immunity.

Perhaps they should have stuck to their guns, but mindless compliance is the liberal default.

Over the past few years the FDA has drastically changed the process to approve new drugs and biologics and have only accelerated since the China-virus was unleashed upon the world. New submissions for experimental treatments are being approved in record time, taking just months when they used to average over 3 years.

Even the inventor of the mRNA technology is speaking out against their rash decision.

According to a study by JAMA, the Journal of American Medical Association, treatments that get submitted for review are now subject to far less scrutiny and clinical trials than they have been in the past, with most now passing after being tested on just one control group.

This has enabled the agency to fast-track the passage of the Pfizer shot, despite awful results that have seen the vaccinated spread the virus as much – if not more – than those who have recovered naturally.

Even the CDC had to flip-flop again and admit as much.

Unbelievably, the FDA also turned over the responsibility to conduct necessary vaccine trials on some of the most important subgroups, like pregnant women, to the manufacturer. Several mandatory studies that should have taken place before full approval still need to be conducted and it will be up to Pfizer to ensure their completion and report the results.