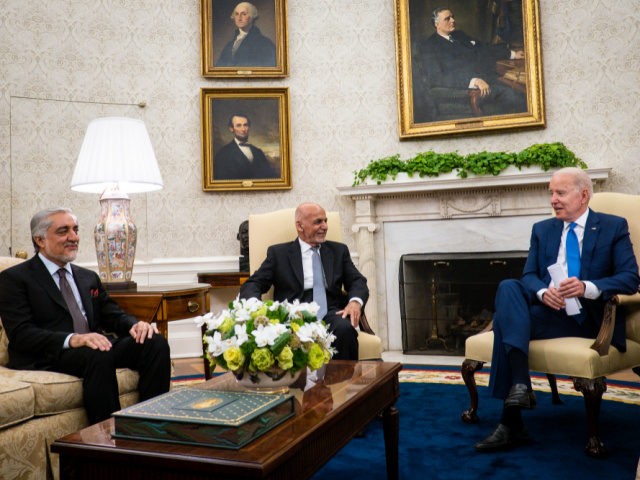 The White House Wendesday refused to address leaked details of a conversation between President Joe Biden and Afghanistan President Ashraf Ghani revealing concerns about the government collapse as early as July.

“I’m not going to get into private diplomatic conversations or leaked transcripts of phone calls,” White House press secretary Jen Psaki told reporters Wednesday when asked about the report.

The Reuters report revealed details of the transcript of the July 23 conversation, where Biden urged Ghani to show the world they were competing militarily with the Taliban.

“There is a need, whether it is true or not, there is a need to project a different picture,” he said to Ghani, urging him to try to change the narrative.

The report demonstrates that Biden knew the conditions in Afghanistan were going poorly, even though he publicly signaled confidence in the government’s defense against the Taliban and the White House has repeated that no one could have known Afghanistan could have fallen so quickly.

On August 10, Biden tried himself to rally behind the notion that Afghanistan leaders would step up to send a different message to the world.

“I think there’s still a possibility — you have a significant new Secretary of Defense — our equivalent of a Secretary of Defense in Afghanistan, Bismillah Khan, who is a serious fighter,” Biden said at the White House, citing information from his daily presidential briefing.