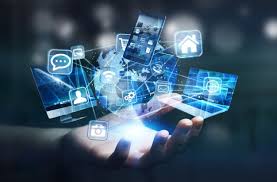 News has become a corporatized version of the “Two Minutes Hate,” in which the goal of every broadcast is an anxiety-ridden audience provoked to the point of fury by the un-policed infamy of whatever wreckers are said to be threatening civilization this week: the unvaccinated, insurrectionists, Assadists, Greens, Bernie Bros, Jill Stein, Russians, the promoters of “white supremacy culture,” etc. Mistakes are inevitable because this brand of media business isn’t about accuracy, but rallying audiences to addictive disgust. As a result, most press people now shrug off the odd error or six — look at Maddow leaving her tweet up — so long as they feel stories are directionally right, i.e. aimed at deserving targets.

Citing a report of Oklahoma emergency rooms so overwhelmed by ivermectin overdoses that gunshot victims were going untreated, MSNBC anchor Joy Ann Reid Sunday proposed sticking the swallowers of “horse paste” at the back of the line in order to prioritize the more deserving, “rather than allowing the ivermectin people” — she spoke the words as if holding a vile wriggling thing with tweezers — to “take up all the beds”:

This was a network anchor despising a group of people so much that she itched to deny them medical care, not only despite having never met them, but despite the fact that they may not even exist. The “overwhelmed Oklahoma E.R.” tale later seemed to go sideways, the latest in a line of crackups by media lost in the throes of a moral panic.

The tale of mobbed E.R.s originated with a September 1 print story in the Tulsa World, followed by a piece by Oklahoma City-based NBC affiliate KFOR. Both interviewed a Dr. Jason McElyea, who spoke in the KFOR piece of “gunshot victims having hard times getting to facilities.” Separately he spoke about both the overcrowding problem and of seeing ivermectin overdose cases, but we don’t actually hear him making the connection that it’s the “ivermectin people” causing the bed shortage. That was done by KFOR, whose chyron and tweet identically read, PATIENTS OVERDOSING ON IVERMECTIN BACKING UP HOSPITALS, AMBULANCES.

The line spread the next day with a retweet by Rachel Maddow — the real patient zero of this mess — followed by tweet-pushes by MSNBC executive producer Lauren Peikoff, the Guardian, the Business Insider, the Daily Mail, Newsweek, the New York Daily News, Daily Kos, Occupy Democrats, Reid, moral mania all-star Kurt Eichenwald, the humorously dependable wrongness-barnacle Eoin Higgins, and of course my former employers at Rolling Stone. My old mag got most of the catcalls on social media, after adding a full written story that widened the scope beyond Oklahoma to note in a tsk-tsking tone that “even podcaster and anti-vaccine conspiracy theorist Joe Rogan bragged” of taking ivermectin.

Mistakes happen and Rolling Stone at least did the right thing and owned up to an issue, while Maddow as of this writing still has her tweet up, as do others on the list, who clearly don’t care. The story in a vacuum appears to be a garden variety series of misunderstandings, in which perhaps-real tales of ivermectin overdoses got conflated somehow with an also-real overcrowding story. But as Rolling Stone pointed out, a brief glance at statistics should have given reason to be skeptical of tales of gunshot victims turned away by tidal waves of Trump-loving consumers of veterinary medicine, especially given that such patients everywhere are competing with an exponentially larger actual flood of Covid-19 patients.

The problem lay in the reason the error spread, which happens to be the same reason underlying innumerable other media shipwrecks in the last five years. These include everything from wrong reports of Russians hacking a Vermont energy grid, to tales of Michael Cohen in Prague, to the pee tape, to Julie Swetnick’s rape accusation, to the Covington high school fiasco, to Russian oligarchs co-signing a Deutsche Bank loan application for Donald Trump, to Bountygate, to the “mass hysterectomies” story, and dozens beyond: the media business has become a machine for generating error-ridden moral panics.