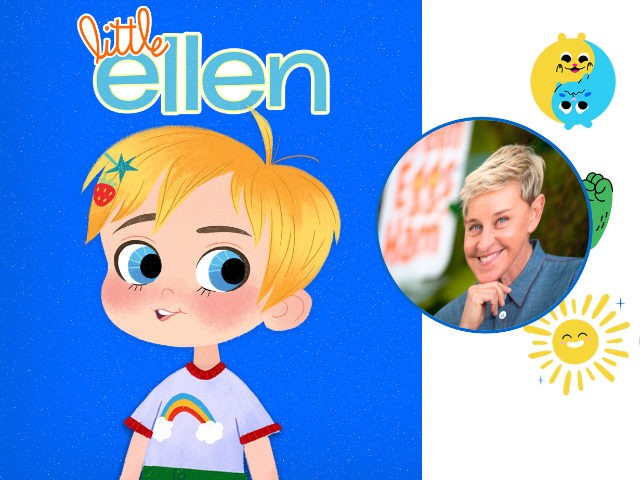 Cartoon Network and HBO Max are launching a new slate of programming aimed at preschoolers that will spotlight diversity, representation, and other woke issues, with shows like Little Ellen, which includes same-sex couples from producer Ellen DeGeneres, and Mush-Mush & The Mushables, about tiny guardians of the forest.

The new programming slate, called “Cartoonito,” debuted Monday on both the Cartoon Network and HBO Max, which are divisions of WarnerMedia.

In a press release, WarnerMedia said all “Cartoonito” preschool content will align with Cartoon Network’s recently announced tagline “Redraw Your World,” which aims to “empower kids to feel comfortable with who they are, embrace their uniqueness and believe anything is possible.”

WarnerMedia also said the programming will be based on something called “Humancentric Learning,” which it vaguely defined as the endeavor to “support every child’s humanness by celebrating their unique selves and encouraging them to interact with others with empathy, respect, and fairness.”

Among the new titles is the animated Little Ellen, which tells the story of a young Ellen DeGeneres and includes same-sex couples.

The line-up also includes Jessica’s Big Little World, a spin-off of Cartoon Network’s Craig of the Creek, which featured gender non-binary and other LGBTQ characters.