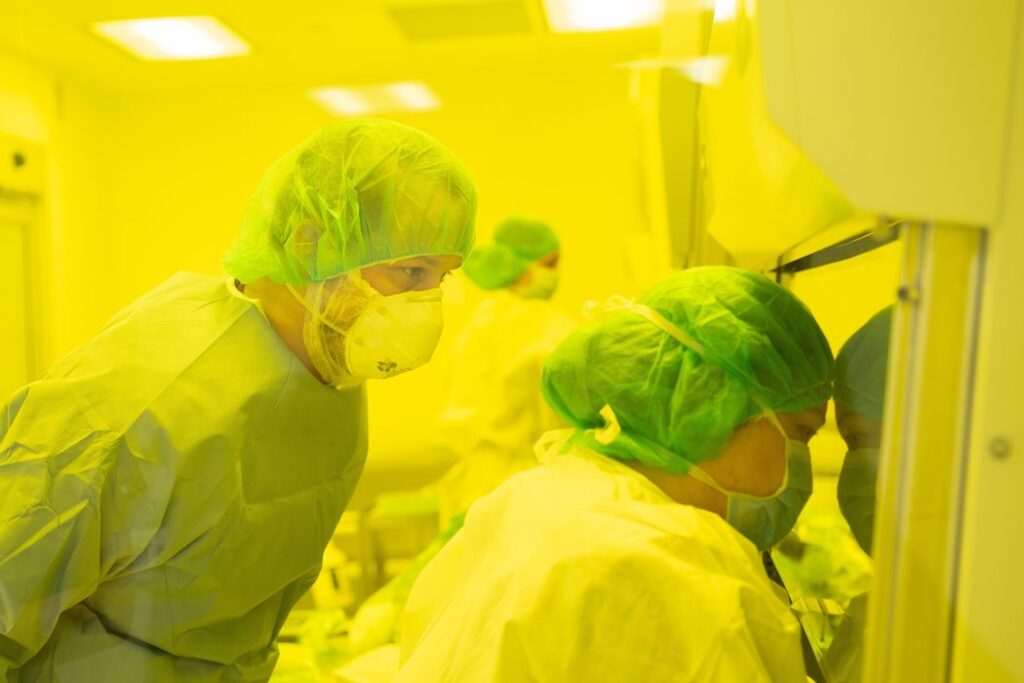 Pfizer Inc. and BioNTech have asked U.S. health regulators to green light their Covid-19 vaccine for children 5 to 11 years old, setting up the shot to potentially be available to millions of youngsters in a matter of weeks.

The companies said Thursday that they submitted the application for authorization with the U.S. Food and Drug Administration.

The FDA may clear the shot for use in the youths before November, which would mean pediatrician offices, schools and other locations could get doses to give as early as Halloween.

There are more than 28 million children ages 5 to 11 in the U.S., according to the American Academy of Pediatrics.

The FDA has already scheduled for a panel of outside experts to review the data Oct. 26. The agency doesn’t have to follow the panel’s recommendation, but normally does.

If authorized, young children would get two injections of the Pfizer-BioNTech, three weeks apart, just like adolescents and adults do but at a lower dosage.

School districts and public-health officials have begun preparations for vaccinations, though the work remains in early stages. Health and vaccine experts expect the vaccines to be administered at certain schools, pediatrician offices and some pharmacies.

Schools and public-health departments are experienced with childhood vaccines unrelated to Covid-19 because they routinely administer them, although the cold-storage requirements of the Pfizer-BioNTech vaccine may pose some challenges, according to the experts.

Pediatrician offices and other administration sites won’t be able to vaccinate the children with existing supply on hand because doses for children are smaller and prepared differently than for adults. Pfizer said it would start shipping the pediatric doses, if authorized, as soon as it is cleared to do so by U.S. health authorities.

The filing comes after the vaccine appeared to safely generate a strong immune response in young subjects in a late-stage trial, according to the companies.

Antibody levels in the child volunteers who received the vaccine were similar to those observed in younger adults, the companies said.

The FDA has already been reviewing the Pfizer-BioNTech study data, after the companies began providing it to the agency in September. The companies still needed to submit other information, however, and the adjusted timeline could stretch authorization into November, The Wall Street Journal has reported.

Young children are among the last groups in the U.S. waiting for vaccines against the coronavirus authorized by the FDA.

They are at lower risk of severe disease and hospitalization than adults, according to health experts, but more children have been going to the hospital than earlier in the pandemic because of the highly contagious Delta variant’s spread primarily among unvaccinated people.

Many parents have been anxious to get their young children vaccinated, hoping to protect them as the school year gets under way.

Some parents with younger children have been so eager to get their young children vaccinated they enrolled them in clinical trials hoping the youngsters would get the real shots, rather than a placebo.

Doctors and health authorities have said it will be important to immunize the children, not only to protect them from the virus but also to help protect children around them and family members.

Pediatricians and public health experts say that much work will need to be done to address parents’ concerns about vaccinating young children, including parents who received Covid-19 vaccines themselves.

About one-third of parents of children 5 to 11 years old plan to “wait and see” how the shot performs before vaccinating their children, while about one-quarter of parents said they had no plans to inoculate their children, according to a survey published in September by the Kaiser Family Foundation.

About 34% of parents of children ages 5 to 11 years would vaccinate their children right away after regulators clear vaccines for that age group, according to the survey.

After the authorization in 5- to 11-year-olds, the only group left awaiting vaccines will be children as young as six months.

Pfizer has said that results from a study in the younger children, ages 6 months to under 5 years, could come by the fourth quarter this year.

For 5- to 11-year-olds, the companies are seeking what is known as an emergency-use authorization, which the FDA grants during public-health emergencies based on the best available evidence at the time.

To speed the availability of Covid-19 vaccines because of the urgency of the pandemic, the FDA has been authorizing shots including Pfizer-BioNTech’s for emergency use.

Children as young as 12 are permitted to take the Pfizer-BioNTech shot under an emergency-use authorization. The vaccine is now fully approved for people 16 years and older.

In their key study, Pfizer and BioNTech enrolled about 2,268 subjects 5 to 11 years. Two-thirds of the subjects got two doses of the vaccine, three weeks apart, with the rest getting a placebo. Children received a smaller, 10 microgram dosage, compared with the 30 microgram dose than adults take.

Pfizer hasn’t provided detailed results yet but did say an analysis of data of children taking the vaccine had neutralizing antibody levels one month after the second dose similar to those found in people ages 16 to 25 years who received 30-microgram doses in a separate Pfizer study.

Neutralizing antibodies, which prevent the virus from entering cells and replicating, play a key role in the body’s immune response against Covid-19.

The companies haven’t been able to say yet how well the shot protects against Covid-19 because too few young subjects in the study have become sick to compare rates between children who got a vaccine and those who got a placebo.

Yet the FDA commonly clears vaccines based on data indicating a vaccine already shown to be protective in older people generates similar antibody levels in young children as in adults.

There appeared to be fewer side effects such as fever and chills among younger children who got the vaccine compared with 16- to 25-year-olds, Pfizer has said.

There also were no cases of myocarditis, an inflammatory heart condition that has so far been found to be a rare side effect primarily in young men, Pfizer said.