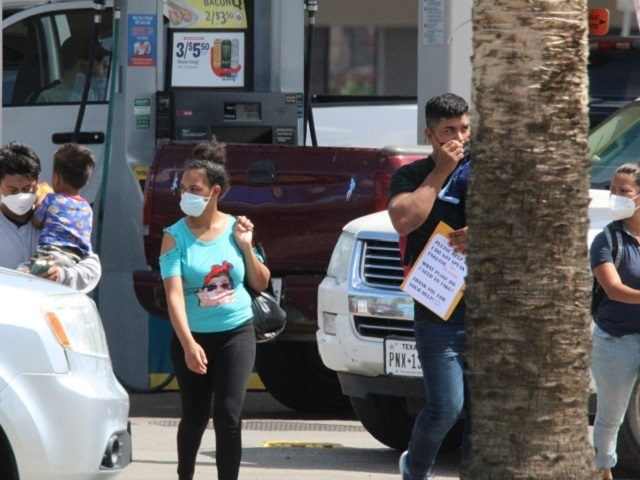 More than 16,000 migrants who tested positive for COVID-19 while in Immigration and Customs Enforcement (ICE) custody were released into the United States, according to an agency law enforcement source. The Biden administration did not mandate any of the migrants to be vaccinated before their release. The source informs Breitbart Texas that the figures only include those migrants who were tested by ICE.

The source, not authorized to speak to the media, says the migrants ranged from infants to the elderly. A Department of Homeland Security document reviewed by Breitbart Texas reports the oldest released migrants were over 85 years old. Nearly 1,300 were under the age of ten.

According to the source, the releases occurred in multiple cities across the United States between January 2021 and early October.

The totals do not include the thousands of untested migrants released directly by the Border Patrol. The Border Patrol testing of migrants has been limited to unaccompanied migrant children later turned over to the Department of Health and Human Services (HHS).

As reported by Breitbart Texas, the Border Patrol relied on non-government organizations to test migrants after their release from detention. Many of those migrants were later released to self-quarantine at hotels within border cities.

The source says the positive tests did not factor in the decision to release. “With the pace of referrals from the Border Patrol, we tested, made the migrants aware, and released them to avoid increasing the detained population,” the source revealed. “None of the migrants received the COVID-19 vaccine, either voluntary or forced.”

As reported by Breitbart Texas, nearly 2 million apprehensions were made by Customs and Border Protection nationwide in FY 2021.