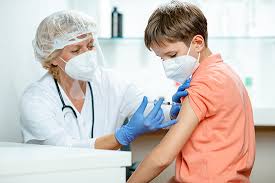 As U.S. health authorities expand use of the leading Covid-19 vaccines, researchers investigating heart-related risks linked to the shots are exploring several emerging theories, including one centered on the spike protein made in response to vaccination.

Researchers aren’t certain why the messenger RNA vaccines, one from Pfizer Inc. PFE 10.86%▲ and partner BioNTech SE BNTX -20.92%▲ and the other from Moderna Inc., MRNA -16.56%▲ are likely causing the inflammatory heart conditions myocarditis and pericarditis in a small number of cases.

Some theories center on the type of spike protein that a person makes in response to the mRNA vaccines. The mRNA itself or other components of the vaccines, researchers say, could also be setting off certain inflammatory responses in some people. One new theory under examination: improper injections of the vaccine directly into a vein, which sends the vaccine to heart muscle.

To find answers, some doctors and scientists are running tests in lab dishes and examining heart-tissue samples from people who developed myocarditis or pericarditis after getting vaccinated.

Myocarditis describes inflammation of the heart muscle, while pericarditis refers to inflammation of the sac surrounding the muscle. Covid-19 itself can cause both conditions. They have also been reported in a smaller number of people who got an mRNA vaccine, most commonly in men under 30 years and adolescent males. About 877 confirmed cases of myocarditis in vaccinated people under 30 years have been reported in the U.S., out of 86 million mRNA vaccine doses administered, according to the Centers for Disease Control and Prevention.

The risk is higher within seven days of the second dose of the Pfizer-BioNTech and Moderna vaccines, the Food and Drug Administration says. Most myocarditis cases in vaccinated people are relatively mild, and patients get better on their own or with minimal treatment, doctors say. The CDC recommends that anyone 5 years and older should get vaccinated, saying the benefits of preventing Covid-19 illness, hospitalizations and death far outweigh the risk of myocarditis, even in younger males. Researchers have been trying to understand the link between the cases and vaccination, as health authorities expand the vaccination campaign by recommending boosters and broadening use of the Pfizer-BioNTech vaccine to younger children. The FDA has, however, held up authorizing use of the Moderna vaccine in adolescents while it investigates the risk.

ome theories about the vaccines’ link to myocarditis center on the spike protein on the surface of the coronavirus. The spike protein helps the virus gain entry into human cells to replicate. The mRNA vaccines are designed to cause the body to make a certain version of the spike protein, which then sets off an immune response.

The immune response includes neutralizing antibodies that target the spike protein and thereby block the virus’s ability to get inside cells and replicate. The immune response can protect a person against Covid-19 or lessen its severity if someone is exposed to the virus.

Yet there may be similarities between the spike protein and proteins found in the heart muscle, prompting the body’s immune defenses to mobilize against the heart, according to Biykem Bozkurt, a professor of medicine specializing in cardiology at Baylor College of Medicine in Houston.

The antibodies against the spike protein may have the unintended effect of acting against heart proteins, said Dr. Bozkurt, who co-wrote a review of vaccine-associated myocarditis in the journal Circulation in July.

This “molecular mimicry” theory hasn’t been fully tested in vaccinated people and doesn’t explain why myocarditis only occurs in certain people, she said. Some of the mRNA in the vaccines may also be taken up by heart cells known as cardiomyocytes, said Jay Schneider, a consultant in cardiovascular medicine at the Mayo Clinic’s Jacksonville, Fla., campus.

These cells may then produce the spike protein of the coronavirus, which could draw an antibody response against them, Dr. Schneider said. He said he has conducted lab tests and found that heart cells have taken up the Moderna vaccine and then expressed the spike protein. Dr. Schneider hasn’t yet published results from these experiments in a peer-reviewed journal, and said they should be interpreted with caution.

Some doctors have theorized that improper injections of the vaccines may be contributing. The shots are supposed to be injected into the shoulder muscle, also known as the deltoid muscle. If the injection accidentally reaches a vein, it could lead to delivery of some of the vaccine to the heart through blood vessels.

Hong Kong researchers found that injecting mice intravenously with the Pfizer-BioNTech vaccine induced both myocarditis and pericarditis in the animals, according to results published online in August by the journal Clinical Infectious Diseases. That myocarditis appears to happen more among younger males after vaccination than in other age and sex groups suggests a link to the hormone testosterone, which is usually at high levels in younger males, according to researchers.

Testosterone may heighten an inflammatory immune response, Dr. Bozkurt said, leading to myocarditis in some male adolescents and young men. Some studies have suggested that Moderna’s vaccine carries a higher risk of myocarditis than Pfizer’s. If this difference is confirmed, it could be related to differences in dose levels, Moderna Chief Executive Stéphane Bancel said. Moderna’s vaccine contains more mRNA per dose than Pfizer’s.

Some vaccine specialists have cited the dose difference as one reason that the Moderna vaccine’s effectiveness against Covid-19 appears to hold up for longer than Pfizer’s. Mr. Bancel said the benefit-risk ratio for Moderna’s vaccine is still favorable for younger males.