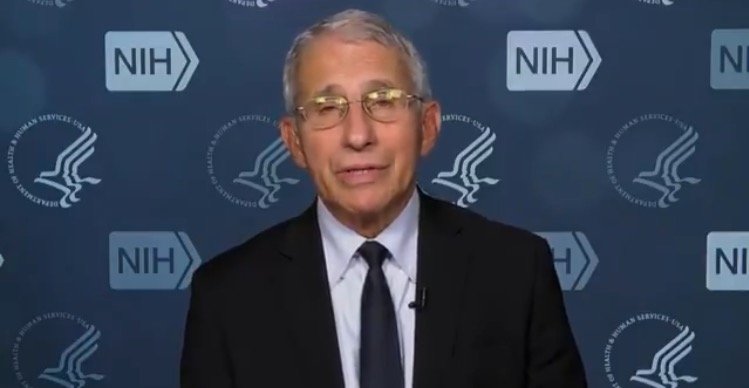 On Nov. 12, White House COVID adviser Anthony Fauci, MD, went on The New York Times‘ podcast The Daily to discuss the current state of the coronavirus in the U.S. According to Fauci, officials are now starting to see some waning immunity against both infection and hospitalization several months after initial vaccination. The infectious disease expert pointed toward incoming data from Israel, which he noted tends to be about a month to a month and a half ahead of us in terms of the outbreak.

“They are seeing a waning of immunity not only against infection but against hospitalization and to some extent death, which is starting to now involve all age groups. It isn’t just the elderly,” Fauci said. “It’s waning to the point that you’re seeing more and more people getting breakthrough infections, and more and more of those people who are getting breakthrough infections are winding up in the hospital.”

As a result of these findings, Fauci warned that vaccinated people should get their booster shot, as it might actually be more important than health officials first realized. “If one looks back at this, one can say, do you know, it isn’t as if a booster is a bonus, but a booster might actually be an essential part of the primary regimen that people should have,” he said on The Daily.

Fauci went on to say, “I think … that the boosting is gonna be an absolutely essential component of our response, not a bonus, not a luxury, but an absolute essential part of the program.”

The U.S. has been fighting the COVID pandemic for nearly two years now. While we all hoped that the virus would be eradicated by now, a full year since the introduction of highly effective vaccines, slowing vaccination rates and a fast-spreading variant kept the pandemic in full swing over the summer. According to the Centers for Disease Control and Prevention (CDC), only 58.5 percent of the U.S. population is fully vaccinated, leaving more than 60 million people unvaccinated despite being eligible. But while health officials caution that the unvaccinated are most at risk right now, some experts now say that vaccinated people should also be on high alert.

Neither the U.S. Food and Drug Administration (FDA) nor the CDC have extended booster eligibility yet to more of the general public. While all Johnson&Johnson recipients are authorized to get an additional shot, only high-risk Moderna and Pfizer recipients are eligible, per the agencies’ guidelines.

But some states, like California and Colorado, have recently side-stepped the two agencies by expanding booster eligibility to all adults in their states already. “Allow patients to self-determine their risk of exposure,” Tomás J. Aragón, MD, the director and state public health officer for California’s Department of Public Health wrote in a Nov. 9 letter to local health providers. “Do not turn a patient away who is requesting a booster.”

During the Nov. 12 podcast, Fauci also touted the effectiveness and safety of the boosters. “We’ve shown that boosters are safe and effective in dramatically increasing the response not only immunologically, but also when you look at the clinical data from Israel, it’s very clear that it reverses some of the waning effect that you see in people who have been vaccinated six months or more,” he said.

The need for boosters doesn’t mean that the vaccines don’t work, however. On the contrary, Fauci stressed that he does not think that “we’ve given the full rein to prove what it is that you need to make them work,” like additional doses. According to the virus expert, researchers did not “have to time” to do extensive studies to determine whether two doses would be better than three, as there was a pressing need to get vaccines out to people sooner rather than later, which was “life-saving for millions of people,” he noted.

Getting the unvaccinated vaccinated and “aggressively” boosting the people who have been vaccinated is likely to put the U.S. in a safer spot this winter than the country saw with previous surges, both over the past few months and during the brutal winter of 2020, Fauci said. And as more time passes, we’ll be able to see how long the boosters keep recipients protected from COVID—but Fauci is optimistic.

“I think when all is said and done, as we get through boosting the overwhelming majority of the people who’ve been primarily vaccinated, we’re gonna say, just like other vaccines that require multiple doses, like hepatitis B, like some of the childhood vaccinations, that it is likely” a booster is needed, he explained. “I’m making my own personal projection as an immunologist and infectious disease person. We don’t have the proof yet—the proof of the pudding will be after you get people vaccinated and boosted, and we have a greater durability of protection that doesn’t wane as easily.”

The CDC Finally Reveals Its Estimate for How Many Americans Have ‘Natural Immunity’: 146.6 Million People