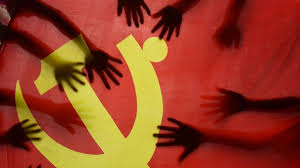 The Los Angeles County Board of Supervisors is continuing to offer COVID-19 testing and vaccinations from Fulgent Genetics despite LA County Sheriff Alex Villanueva and the FBI stating that genetic material gathered by Fulgent can be used by the Chinese Communist Party, their military, and other affiliated groups.

A letter composed by Sheriff Villanueva to the Board of Supervisors was posted to social media this week, detailing information from the FBI Weapons of Mass Destruction Coordinator, who explicitly stated Fulgent’s links to BGI, WuXi, Huawei Technology, the Chinese Academy of Medical Sciences, the PRC State Council, all of whom can use genetic material gathered from LA citizens in future studies and other research:

NEW: The L.A. County Sheriff has notified L.A. County that LASD will not work w/ a genetics firm the County hired for mandatory COVID-19 testing/registration of County employees after he received a recent briefing from the FBI warning him about the firm’s links to China. @FoxNews pic.twitter.com/WHtFcEZlPI

Villanueva has refused Fulgent access to testing and vaccination data from first responders across LA County.

Despite being made aware that they are potentially providing citizen’s genetic material to the Chinese Communist Party via Fulgent’s free testing and vaccination programs, the County of Los Angeles website is still working with the third-party provider.

The website states LA citizens qualify for free testing and vaccinations by Fulgent genetics, so long as they have symptoms of COVID-19 and are either older than 65 or are unable to leave their home.

LA County Human Resources demand that all workers show proof of vaccination, and upload all of their personal and vaccine data to a Fulgent Genetics-operated portal. Workers do not have to receive their vaccine from Fulgent genetics, but they must upload all pertinent data to the LAC-Fulgent Genetics registration portal.

Fulgent have said of their platform: “our technology platform facilitates our ability to perform customized genetic tests using our expansive library of genes, and we believe this flexibility increases the utility of the genetic data we produce.”

Many of LA County’s 88 cities have partnered with the county and Fulgent to host free COVID-19 vaccination sites. In April of 2021, the City of Duarte held a free vaccine drive. West Hollywood is offering ongoing testing and vaccine information in partner with Fulgent.

Fulgent is closely linked with China. In the second quarter of 2017, the firm partnered with Xi Long USA to form a joint venture called FF Gene BioTech in order to offer genetic testing to customers in China.

In SEC documents, Fulgent argued that after the United States acknowledged Hong Kong as no longer autonomous from China, subsequent sanctions by the U.S. State Department had potential material and financial harm to their operations.

The document states: “Any further changes in the United States trade policy [with China and Hong Kong] could trigger retaliatory actions by affected countries, including China, resulting in trade wars.”

Per the letter provided by Villaneuva, LA county has further demanded that all first responders must turn over their genetic data to the China-linked company, or face firing. As the PRC enacted the China cyber security law in 2017, the government of China can seize any data stored within China or by organizations who operate within China.

On Fulgent’s website, they note that California’s Consumer Privacy Act on 2018 does not apply to personally identifiable health information. Summarized, Fulgent Genetics core business is not subject to privacy laws in California, meaning that privacy is not guaranteed for any laboratory testing or test results of any data they collect, or whom they collect it from.

Per their website, Fulgent collect identifiers related to web behavior, IP addresses, biometric information, and other various personal data. All genetic and personal data collected by Fulgent from LA citizens can be used by the PRC.

Why Alternative News is America’s Last Hope for True Journalism