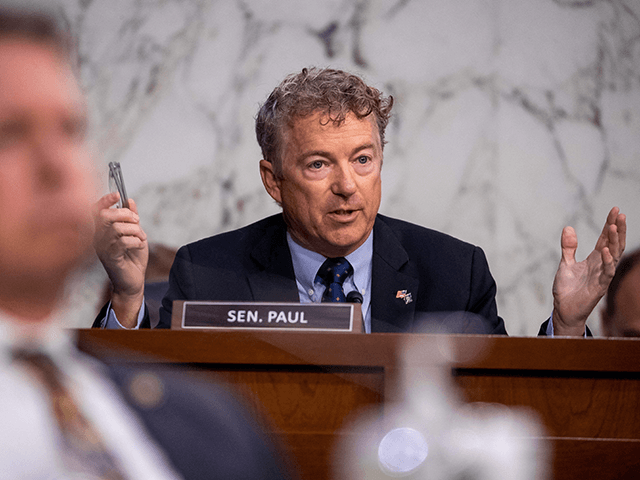 Sen. Rand Paul (R-KY) has announced he will no longer post videos to YouTube, encouraging others who oppose Big Tech censorship to join him in leaving the Google-owned platform. He will continue to post videos to the internet via his Rumble account.

The libertarian leaning-Kentucky senator said his decision was part of a broader exodus from the Big Tech platforms, which he accuses of censorship.

YouTube has repeatedly censored Sen. Paul’s content, including a speech on the floor of the Senate. The Senator has nonetheless defended, on free-market grounds, tech companies right to censor whoever they please, including himself.

The Republican senator has called on conservatives to vote with their feed and leave the mainstream Big Tech platforms, arguing that the free market can solve tech censorship if a mass exodus took place.

“About half of the public leans right. If we all took our messaging to outlets of free exchange, we could cripple Big Tech in a heartbeat. So, today I take my first step toward denying my content to Big Tech. Hopefully, other liberty lovers will follow,” said Sen. Paul.

“As a libertarian leaning Senator, I think private companies have the right to ban me if they want to, however, those of us who believe that truth comes from disputation and that the marketplace of ideas is a prerequisite for innovation should shun the close-minded censors and take our ideas elsewhere, which is exactly what I’m doing.”

Sen. Paul’s videos are available on Rumble, a video hosting platform that many Republicans and conservatives have moved to. In a press release, the Senator’s office praised Rumble for not censoring the news.