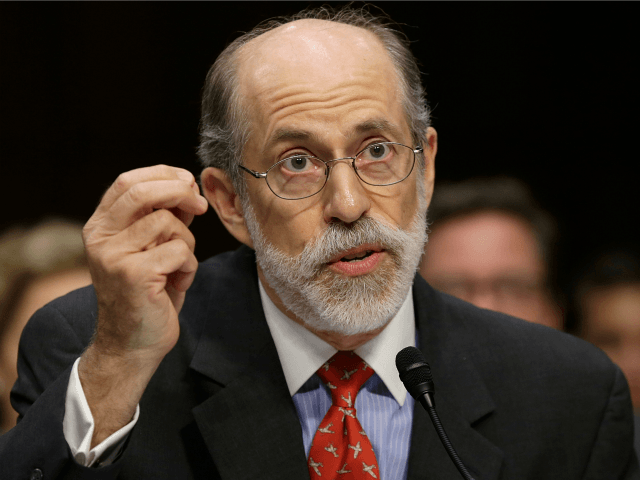 “When you start looking at, well, just about every aspect of it, it’s not just doing damage to us. It’s benefiting the Chinese Communist Party.”

Frank Gaffney, executive chairman and founder of the Center for Security Policy, questions whether the Biden administration’s “wrecking operation” against the United States may be the result of the Chinese Communist Party’s (CCP) use of “elite capture” to “compromise” President Joe Biden and senior White House officials.

The policies of Biden’s administration undermine America’s national interests while benefiting the CCP, Gaffney said on Wednesday’s edition of SiriusXM’s Breitbart News Daily with special guest host Matt Boyle. The White House’s conduct — including revelations made by Peter Schweizer in Red-Handed: How American Elites Get Rich Helping China Win — warrant investigation by select committees in both houses of Congress, he argued.

The unified field theory that I think is in order here is that we are now not simply being subjected to what I’ve long characterized on this program and elsewhere as a wrecking operation perpetrated by the Biden-Harris administration on our country, but that when you start looking at, well, just about every aspect of it, it’s not just doing damage to us. It’s benefiting the Chinese Communist Party.

The question that my unified field theory poses is: Is it possible that not only has the Biden-Harris administration been doing such things — and there many more of course, but such things just as examples — to devastate our country, to weaken it, to take it down, but that it’s actually doing it at the bidding of the people [the CCP] who have deeply compromised not only Joe Biden, but many in his senior subordinate leadership?

That’s a question that demands — it seems to me at this point — congressional investigation, media inquiries, investigation by other national security practitioners, if not by the Justice Department and the counterintelligence services, such as they are, of our intelligence community.

Boyle synthesized Gaffney’s arguments in the interview as he said, “What you’re saying is … we need a select committee from Congress to investigate the efforts of the Chinese Communist Party to compromise, not just President Biden and his family, but more broadly his administration.”

“Absolutely,” replied Gaffney, “I’m not holding my breath that Nancy Pelosi or Chuck Schumer will do this, but it’s needed.”

Gaffney noted that the Biden administration’s restrictions on fossil fuel resource development — marketed by the White House as measures to combat “climate change” and a “climate emergency” — harm America’s national interests by artificially suppressing the global supply of oil and driving up costs for the global commodity. These ostensibly “environmental” policies, he warned, threaten the U.S. dollar’s status as the world’s reserve currency.