Oscar winners are almost seven times more likely to suffer from mental health and addiction issues than other people.

Analysis by Paracelsus Recovery, a clinic that has treated dozens of celebrities, said ‘fame should come with a health warning’ after it emerged that two-thirds of actors who have won Academy Awards over the past 30 years experienced disorders.

Of the 60 performers who won either the Best Actor or Best Actress gong since 1992, 41 have suffered from a mental health issue – with depression, anxiety and substance abuse the most common problems.

‘The level of success that Oscar-winning celebrities attain is beyond comprehension for about 99.9 per cent of the population,’ he said. 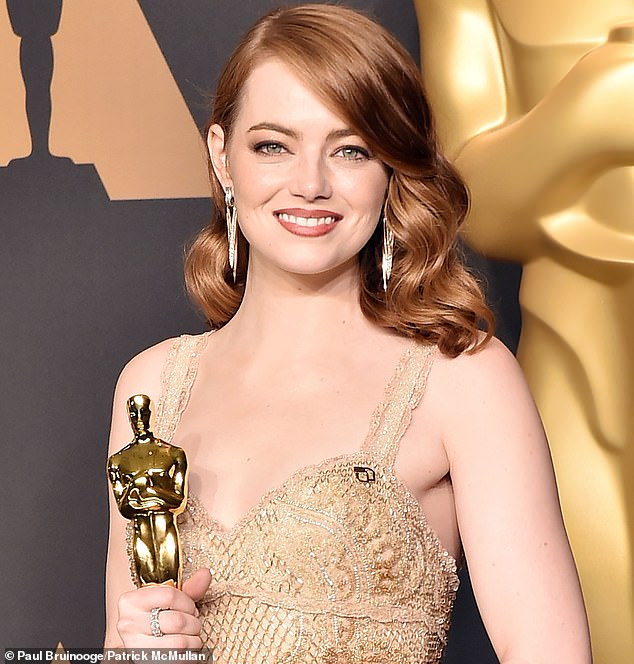 Emma Stone, pictured, who picked up the same award in 2017 for La La Land, has spoken of mental health issues

‘The drive, work and confluence of circumstances that it takes to get there are otherworldly. For this reason, once attained, the success feels empty and fraudulent. It feels undeserved.’

Triple Oscar winner Daniel Day-Lewis has said his crippling depression was one of the reasons he decided to quit acting in 2017, aged just 60.

Nicolas Cage, who won the Best Actor award in 1996 for Leaving Las Vegas, has previously spoken about his alcohol abuse.

Jodie Foster, winner of the Best Actress gong for The Silence Of The Lambs in 1992, and Emma Stone, who picked up the same award in 2017 for La La Land, have also spoken of mental health issues.

Triple Oscar winner Daniel Day-Lewis, pictured, has said his crippling depression was one of the reasons he decided to quit acting in 2017, aged just 60.

Figures show that ten per cent of the general population have a mental health issue, but this rises to 68 per cent among Oscar winners, according to the research by Swiss and UK-based clinic Paracelsus Recovery, where treatment costs £72,000 a week.

Chief executive Jan Gerber said: ‘Art is a coping mechanism, and studies show a genetic link between creativity and conditions like depression or bipolar disorder. As Oscar winners are the best of the best when it comes to their creative endeavours, one can see why they are at increased risk.’