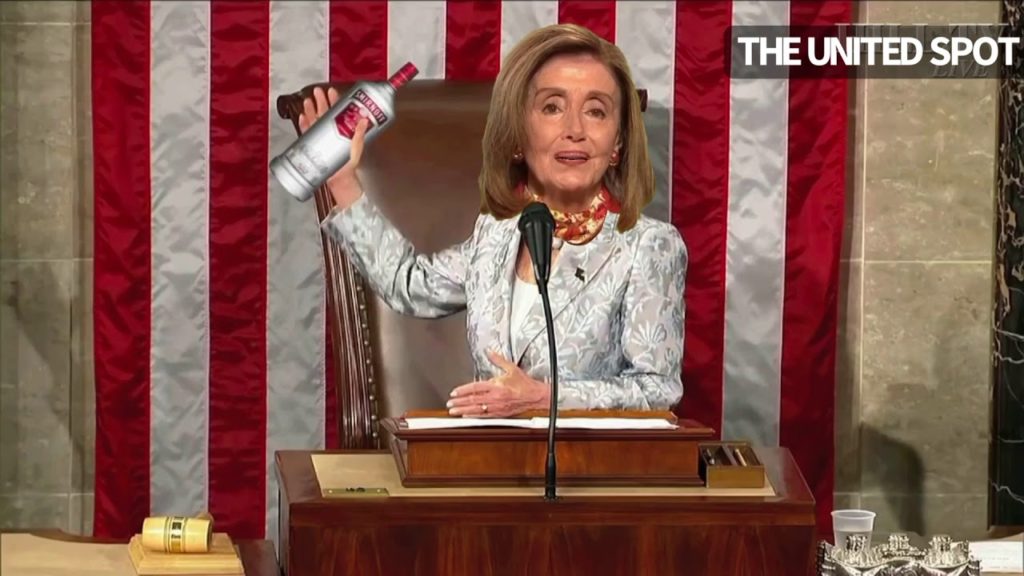 Members of the House of Representatives may now order beer, wine, and spirits and have them delivered directly to their offices, a new development that could help lubricate those late-night budget negotiations. The perk is courtesy of Capitol Hill’s new caterer, hospitality services giant Sodexo, and was first reported by Fox News Channel’s Chad Pergram.

“Wine and beer was often available at catered receptions on Capitol Hill,” tweeted Pergram, known to Fox News viewers for his encyclopedic knowledge of Congress. “But now booze can go directly to a Member’s office.”

A “Drinks on Demand” page on Sodexo’s House of Representatives site offers “bulk orders” for drinks “by the case.” Spirits brands such as Tito’s vodka, Jack Daniels whiskey, Johnnie Walker scotch and more are available for prices ranging from $16 to $35 per bottle. Beer, which can only be purchased by the case, ranges from $25 for a 24-pack of Busch for the thrifty lawmaker to $50 for a case of Red Bear 51st State Hazy IPA.

But when it comes to wine, the possibilities surge. Various brands in each category of Cabernet, Chardonnay, Malbec, Merlot, Rose, Sauvignon Blanc, Pinot Noir, Pinot Grigio, and Riesling for lawmakers out of touch with their beer-and-a-shot, working-class constituents. But to be fair, the most expensive wine on the menu is just $25 a bottle, and lawmakers can be content to sip Crane Lake Pinot Grigio for just $10 a bottle.

“Pelosi is opening a liquor store in the House where Members can buy alcohol with their taxpayer-funded MRAs,” tweeted Georgia Republican Rep. Austin Scott.

Many on Twitter wanted to know who will be paying the bar tab.

“Will there be some sort of tracker for the total amount purchased by each office?” asked one Twitter user. “At least for those who pay with campaign money?”