A Republican congresswoman took a trip to the US-Mexico border to expose the stockpiling of baby formula being sent to border facilities while American families continue to face empty shelves amid a nationwide shortage.

Rep. Kat Cammack, of Florida, was accused of lying about the formula crisis after she shared photos she was sent by sources last week showing full shelves of baby formula and food at a processing center at the southern border.

But now the congresswoman has visited and surveyed the facilities herself, finding not only an amass of formula, but other necessary infant supplies littered across the floor of a warehouse.

‘Last week, I received text messages and photos from Border Patrol agents showing a stockpile of baby formula and there was complete outrage from the White House, CNN and other liberal outlets claiming that we were lying, so I decided to go down myself and film it,’ she told Fox Business on Monday.

The GOP has criticized President Joe Biden’s slow response to the formula crisis, which was caused by ongoing supply disruptions and exacerbated by a February safety recall at the nation’s largest formula manufacturing plant.

Abbott Laboratories revealed Monday that it had entered into a consent decree with the FDA that creates a pathway to reopen its Michigan baby formula factory, however the timeline for operations remains unclear.

The outrage at the border stock pile also comes as the U.S. Centers for Disease Control and Prevention plans next week to end restrictions, known as Title 42, that have prevented migrants from seeking asylum under U.S. law and international treaty on grounds of preventing the spread of COVID-19.

Border officials are preparing for surge in the numbers of migrants when the health order expires on May 23. 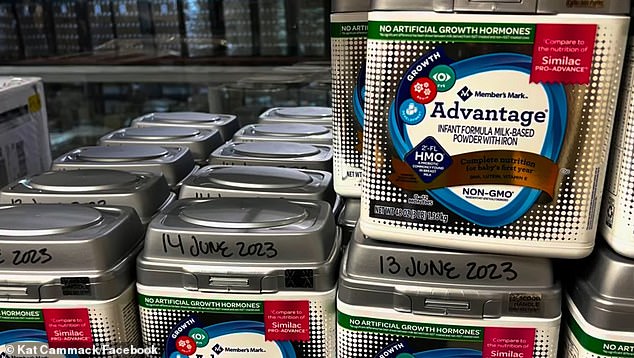 A Republican congresswoman took a trip to the U.S.-Mexico border in to expose the stock pile of baby formula being sent to border facilities. 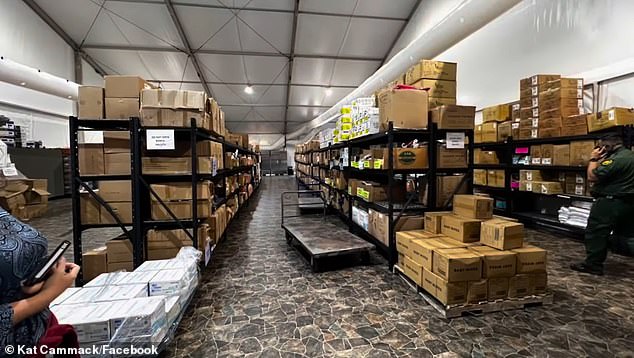 The congresswoman claims she went down south Sunday and surveyed the facilities herself, finding not only an amass of formula, but other necessary infant supplies. 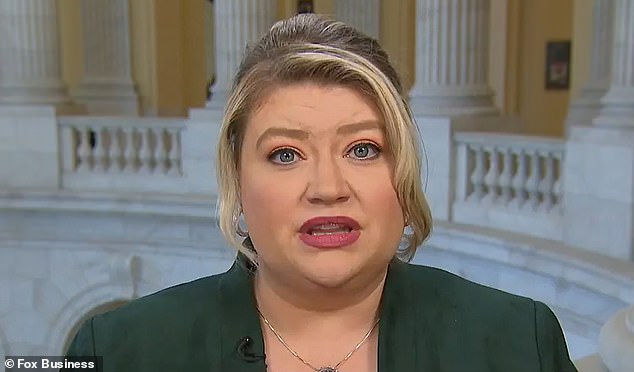 Rep. Kat Cammack, of Florida, was accused of lying about the formula crisis after she posted photos to Twitter last week showing full shelves of baby formula and food at a processing center at the southern border

Cammack argued the shortage is just another example of how Biden is incapable of quickly solving problems confronting the U.S.

‘This just points again to how out of touch this administration is and they could stop this with a simple policy change,’ she said Monday after sharing the footage she captured at the border facilities.

The legislator, escorted by border patrol agents, captured pictures and videos from inside the facility, showing pallets filled with unopened boxes of baby supplies.

She also showed video of migrants appearing to utilize the supplies.

Cammack, speaking to Fox after the visit, said it is ‘just another example of the broken administration that doesn’t know how to govern.’