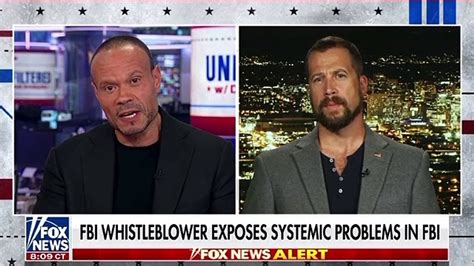 The startling accusation came from Kyle Seraphin, an FBI agent of six years who was recently suspended by the bureau. He worked in multiple field offices in the counterterrorism division and conducted investigations of suspected domestic extremism and White supremacist plots over the past few years.

“No. 1, the demand for White supremacy vastly outstrips the supply of White supremacy. No. 2, the FBI’s playbook when it comes to counterterrorism investigations is always and unequivocally morally equivalent to entrapment, even if there’s a legal definition that allows them to skirt that.” Mr. Seraphin said.

Entrapment is illegal and involves manipulating or inducing subjects into committing crimes.

Third, Mr. Seraphin said, the FBI has no objective metric on how to prioritize investigations.

In the FBI, priorities are known as band-level threats. Each field office individually assesses the threats in its jurisdiction, or AOR (area of responsibility) in FBI jargon.

He said the No. 3 top threat for the Albuquerque field office AOR, which covers the entire state of New Mexico, is violence at abortion clinics.

“There is no requirement for an allegation of a crime to happen for someone to open a national security investigation. None. There doesn’t have to be an underlying crime at all,” Mr. Seraphin said. “To open up a case, for example, on a parent at a school board meeting, if we allege that there are enough connected pieces, it’s like, ‘OK, this person owns guns.’”

The FBI said Mr. Sraphin’s accusations of entrapment were baseless.

“This comment is inaccurate and represents a clear misunderstanding of the policy and practice in FBI investigations,” the FBI said in a statement to The Times.

Mr. Seraphin said he was suspended and placed on administrative leave at the FBI after run-ins with his supervisors that began with his refusal to get a COVID-19 vaccination.

The FBI did not mention Mr. Seraphin’s vaccination status in a letter informing him of the suspension but cited his “personal conduct” and actions that raised “sufficient concern about your judgment, trustworthiness, and reliability to safeguard classified and sensitive information.”

Mr. Seraphin is the latest in a series of FBI whistleblowers who say the bureau has become politicized.

As previously reported by The Times, rank-and-file FBI agents have accused the Biden administration of exaggerating the threat of White supremacists and pressuring agents to cook up domestic terrorist cases involving racist extremists.

Whistleblowers said some FBI bosses urge case agents to open counterterrorist cases to inflate the number of terrorism cases, helping the special agent in charge, or SAC, who runs the field office score a passing grade on job performance evaluations.

A former FBI employee who worked in Buffalo, New York, told The Times that FBI bosses in Washington focus on the volume of cases to evaluate the SACs. That leads some office supervisors to inflate the numbers.

“It’s a report card for him, so at the end of his two-year term as a SAC, he gets moved to a better position down in Washington. And everything focuses around his metrics,” the former employee said.