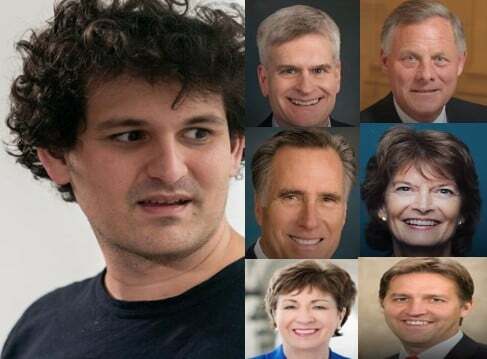 Last year, at age 28, crypto billionaire Sam Bankman-Fried made waves by shelling out $5 million to a super-PAC supporting Joe Biden, making him one of the biggest backers of America’s future president.

But this year, he’s made it clear that he’s not all-in for Democrats. Bankman-Fried has donated to six Senate Republicans and four Senate Democrats, including Senator Joe Manchin (D-W.Va.), who has recently made headlines for opposing Biden’s clean-energy program and Democrats’ plans for voting-rights and filibuster reforms.

Since July, Bankman-Fried has made $5,800 contributions, the maximum individuals can give directly to Congressional campaigns, to the committees of Bill Cassidy (R-La.), Susan Collins (R-Maine), Lisa Murkowski (R-Alaska), Ben Sasse (R-Neb.), Mitt Romney (R-Utah) and Richard Burr, the North Carolina Republican who announced plans to retire at the end of his term in 2023. Bankman-Fried also donated $5,800 to Democratic Senators Patty Murray (Wash.), Alex Padilla (Calif.), Maggie Hassan (N.H.) and Manchin. When reached, Bankman-Fried said he did not want to comment on specific donations.

The crypto king is hardly the only billionaire donor to support both Biden and Republicans on Capitol Hill. Former Facebook president Sean Parker, who gave $620,600 to Biden, also donated to the campaigns of Collins and Rep. Steve Scalise (R-La.) in 2020. Len Blavatnik gave $52,800 to Biden in 2020, but he also contributed $150,000 to a joint-fundraising committee of House Minority Leader Kevin McCarthy (R-Calif.) the same year.

Bankman-Fried joined the Forbes 400 as the richest self-made newcomer in list history this year. He’s now worth an estimated $26.5 billion. He got rich thanks to a crypto exchange called FTX and a trading firm named Alameda Research. Most of his fortune is concentrated in shares of FTX and a portion of its FTT tokens. He has said that he plans to one day give away his entire fortune. – Oct 21, 2021

On Thursday, it was revealed by FTX’s new CEO John Ray, III that the collapsed company’s bankruptcy filing shows it had lent billions of dollars in customer funds to Alameda Research. Among those loans, a staggering $1 billion was made to Bankman-Fried himself.

According to Ray, Alameda had made $4.1 billion of related-party loans, which were still outstanding at the end of September.

But this was not the only wild and shocking revelation found in the FTX bankruptcy filing. FTX corporate funds were also used to buy personal homes, audit opinions were conducted from the metaverse, and most of the company’s digital assets have not been secured, among other things.

The drama started last week, when Bankman-Fried told investors that FTX was facing a major shortfall of up to $8 billion from withdrawal requests and needed emergency funding.

A shocking voicemail, shared bank accounts, dodgy partners and whistleblowers: DailyMail.com breaks down the jaw-dropping evidence as GOP targets ‘chairman of the board’ Joe Biden – and could lead to possible impeachment

House Republicans announced Thursday that they are launching an investigation that will focus on President Biden himself and any illicit or unethical financial ties he had to his son Hunter’s overseas dealings.

Now Joe Biden and his family are facing an onslaught of subpoenas from the House majority members, who say they know where the proverbial bodies are buried.

James Comer, the GOP ranking member of the House Oversight Committee, will have the power to issue legally-backed demands for documents, information and testimony once the 188th Congress begins on January 3.

The congressman laid out his plans to use that power to go after the Bidens for alleged wire fraud, tax evasion, money laundering, illegal foreign lobbying and defrauding the government.

The evidence Comer is currently combing through, and is seeking to claw via subpoena, could ultimately result in articles of impeachment for the president and prison for the First Son.

Some of the leads Comer’s investigation will pursue were first uncovered by DailyMail.com.

The incoming House oversight chief quoted a whistleblower who came forward to DailyMail.com this month claiming they were on a conference call for a Latin American online gambling company in 2012 with Joe – who was Vice President at the time – acting like ‘chairman of the board’. 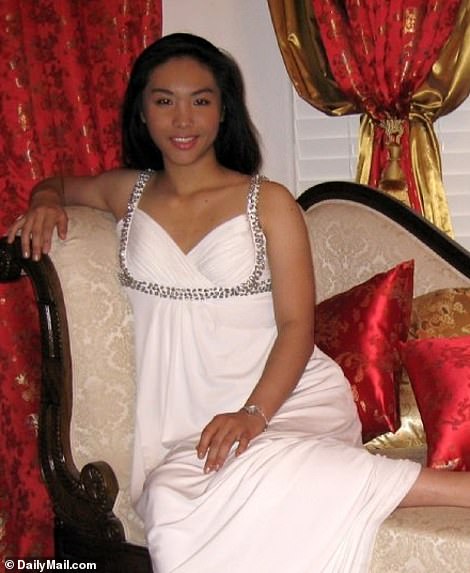 Comer asked the FBI for information on Hunter’s assistant, JiaQi Bao (pictured), who was hired in his joint venture with Chinese oil giant CEFC, and allegedly had ties to the Chinese government

In a Thursday letter demanding information from the National Archives and Records Administration, Comer referenced Hunter’s trips on Air Force 2 to Mexico in 2015 to meet with Mexican billionaires who Joe entertained at the White House and VP’s residence; a scandal revealed by DailyMail.com in June last year.

Comer also asked the FBI for information on Hunter’s assistant, JiaQi Bao, who was hired in his joint venture with Chinese oil giant CEFC, and allegedly had ties to the Chinese government.

Hunter’s close relationship with Bao, as well as her flirty emails giving Hunter political advice for Joe and telling him to embezzle company funds, were uncovered by DailyMail.com in May 2021.

Comer is also asking the Treasury for copies of more than 150 suspicious activity reports (SARs) involving the Bidens, filed by banks under anti-financial crime laws, that could be key to tracing the flows of foreign funds to the family’s coffers.

Former Treasury Special Agent and money laundering probe expert John Cassara told DailyMail.com that there was much more financial information held by banks that investigators may be able to get their hands on.