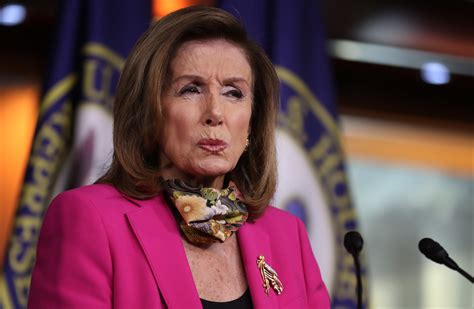 Speaker Nancy Pelosi on Thursday arrived to Capitol Hill to announce her plans for her future in the Democrat caucus moving forward after the Republicans took the House Majority.

Pelosi entered the House chamber to a standing ovation after she spent years destroying this country.

“With great confidence in our caucus, I will not seek re-election to Democratic leadership in the next Congress,” she said.

Celebrate, at the last the witch of Congress is GONE:

As the longest serving Senate Democrat, the 89-year-old Feinstein would serve as senate president pro tempore under the next Congress’s Democrat-controlled Senate, making her third in line to the presidency behind the vice president and speaker of the House.

On Tuesday, Feinstein told reporters she had not considered filling the position yet.

“Well, I haven’t thought about it, but I’ll let you know when I do,” Feinstein said. “I just got back. I’ve had a lot of issues.”

However, Feinstein’s claims that she had not yet thought about serving as Senate president pro tempore are in direct conflict with what she told the Washington Post last month, where she ultimately ruled out filling the position.

“I’ve never thought about being the president pro tempore and I have no interest in it at this time,” Feinstein told WaPo in October.

Reporters questioned Feinstein about her position on serving as president pro tempore in light of her statement to WaPo last month.

“That’s what you’ve told reporters,” the aide said to Feinstein.

“I don’t know what you’re saying,” she replied.

“This is about the Senate pro tem position,” he said.

“Well, I haven’t said anything about it, that I know of,” she insisted.

“You were asked about it over the break, and you put out a statement saying that you had no intention of running for it,” he said, apparently referencing the statement given to the Post.

“Okay, well then, I guess it’s out,” she conceded.

Feinstein reportedly pointed to the recent death of her husband as the reason why she ruled out the position.

Washington Sen. Patty Murray (D) would be next in line in seniority for the pro tempore position as she took office two months after Feinstein in January 1993.

Feinstein’s apparent memory lapse points to growing concerns about her mental capacity to serve as senator for nearly 40 million Californians.

Multiple Democrat lawmakers have reportedly spoken to outlets on the condition of anonymity about Feinstein’s allegedly declining mental health.

One Democrat lawmaker who spoke with the Times on having close encounters with Feinstein in February said that it was “akin to acting as a caregiver for a person in need of constant assistance” and the person “recalled having to reintroduce themself to the senator multiple times, helping her locate her purse repeatedly, and answering the same set of basic, small-talk questions over and over again.”

The San Francisco Chronicle also reported on similar comments made by Democrat lawmakers.

I have worked with her for a long time and long enough to know what she was like just a few years ago: always in command, always in charge, on top of the details, basically couldn’t resist a conversation where she was driving some bill or some idea. All of that is gone. She was an intellectual and political force not that long ago, and that’s why my encounter with her was so jarring. Because there was just no trace of that.

Feinstein’s term runs through the end of 2024 when she will be 91 years old.

The State of California will suffer a $25 billion deficit in 2023-2024, despite enjoying a record-setting $98 billion budget surplus this year, according to new analysis from the nonpartisan Legislative Analyst’s Office.

These projections were released Wednesday just over one week after the elections in which Democrats including Governor. Gavin Newsom, a Democratic candidate for every statewide office was elected after an entire year of public spending.

The Legislative Analyst’s Office explained that the deficit could be even worse, if a recession is particularly bad (original emphasis):

Under our outlook, the Legislature would face a budget problem of $25 billion in 2023‑24. (A budget problem—also called a deficit—occurs when resources for the upcoming fiscal year are insufficient to cover the costs of currently authorized services.) The budget problem is mainly attributable to lower revenue estimates, which are lower than budget act projections from 2021‑22 through 2023‑24 by $41 billion. Spending in some areas offsets revenue loss. The annual deficit would decrease from $17 billion a year to $8 billion in the following years.

The $25 billion budget problem in 2023‑24 is roughly equivalent to the amount of general‑purpose reserves that the Legislature could have available to allocate to General Fund programs ($23 billion). Our lower estimates of revenue do not include the possibility that there will be a recession. These numbers do not represent a recession.. Based on historical experience, should a recession occur soon, revenues could be $30 billion to $50 billion below our revenue outlook in the budget window.

California’s revenues soared in the past two years, thanks to a speedy economic recovery that began under President Donald Trump, and massive transfers from the federal government under President Joe Biden.

The state was so flush with cash that Newsom sent lower-income households a “Golden State Stimulus” before his recall election last year, and sent them $400 checks to offset higher fuel costs before this year’s election.

However, California’s state budget is exceptionally sensitive to shifts in the national economic outlook, as it depends heavily on tax revenues from a very small group of high earners in Silicon Valley and Hollywood.

Share the News
Tags: Congress Ding Dong the Witch is Dead Pelosi Out