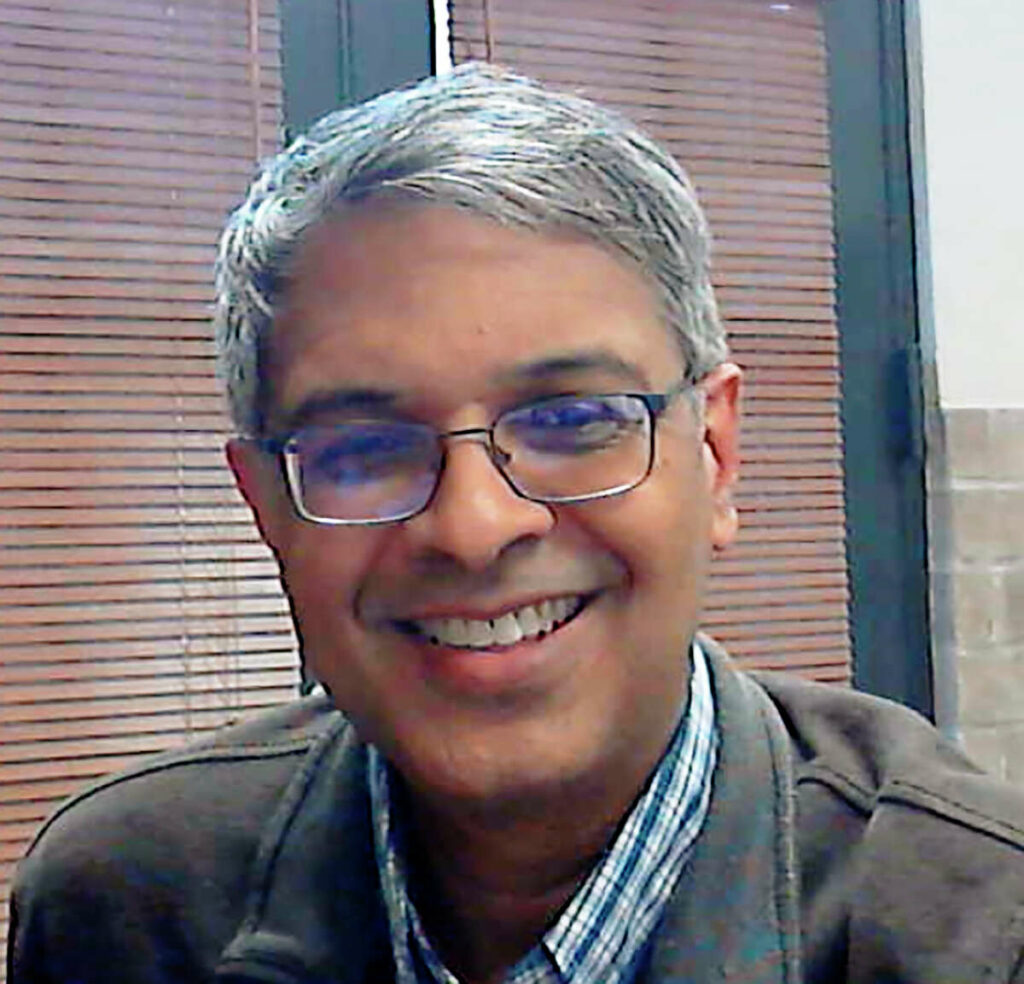 A professor of medicine at Stanford University who challenged Covid-19 lockdowns said ‘academic freedom is dead’ and his life is now a ‘living hell.’

Dr. Jay Bhattacharya spoke out in an interview about the criticism he has received since questioning the rationale behind US lockdown orders by Dr. Anthony Fauci and masking in schools.

Bhattacharya is a tenured professor at the university who previously co-authored a letter in 2020, the Great Barrington Declaration, which declared the lockdowns were damaging. The release of the letter left him with no support from his colleagues.

‘The basic premise is that if you don’t have protection and academic freedom in the hard cases, when a faculty member has an idea that’s unpopular among some of the other faculty – powerful faculty, or even administration… if they don’t protect it in that case then you don’t have academic freedom at all,’ Bhattacharya told Fox News.

The Stanford professor received death threats about his letter and said the results could’ve turned out differently if the university was open to offering a debate about Covid-19 topics.

Bhattacharya, who described the call for ‘herd immunity’ as harmful and inefficient, said that there was a lack of debate at the school to challenge the popular views – leaving him to be an outsider.

‘The policy of the university, when push comes to shove, is to permit this kind of hostile work environment,’ he said. ‘What if there had been open scientific debate on campus, sponsored by the university of this? So that people could know there were legitimate alternate views?’

He later told the news outlet: ‘If Stanford really truly were committed to academic freedom, they would have… worked to make sure that there were debates and discussions, seminars, where these ideas were discussed among faculty.’

If the school would’ve offered a debate to challenge Bhattacharya’s letter, then perhaps it would’ve lessened the ‘hostile environment,’ he said.

‘When you take a position that is at odds with the scientific clerisy, your life becomes a living hell,’ Bhattacharya said at the Academic Freedom Conference at Stanford earlier this month.

Some Brazilians protesting President Jair Bolsonaro’s defeat are having their bank accounts frozen. The reports come days after the electoral court ordered the blocking of major social media accounts disputing the results.

Bolsonaro lost to Luiz Inácio Lula da Silva last month in a closely contested election by a 49.1% to 50.9% margin.

Following his defeat, thousands of truck drivers parked their vehicles on highways across the country, like what truckers in Canada did to protest Covid measures. The protesters were claiming that the election was stolen.

“It is necessary, appropriate and urgent to block the bank accounts of those investigated, given the possibility of using resources to finance illicit and undemocratic acts, in order to stop the injury or threat to law,” said De Moraes, saying that there have been “repeated abuse of the right to assemble.”

For years, some of us have called upon schools to impose stricter rules against students or faculty disrupting classes or events by shouting down speakers or preventing them from being heard. While some law professors and legal sites have supported such cancel tactics, the University of California Hastings College of the Law has joined those schools in barring the use of what is loosely called the “heckler’s veto.” It is now routine for protesters to prevent others from hearing opposing views and there are often allegations that some schools quietly allow the use of the heckler’s veto. The new Event Policy prohibits

“forms of protest that substantially disrupt an in-person or virtual event in a way that has the effect of silencing a speaker,” but still recognizes and protects peaceful protest such as banner holding, counter events, and engaging in question and answer periods as part of the “essential right to protest.”

Under this rule, Administrators may now hold violators “accountable for violating the UC Hastings Code of Student Conduct and Discipline.” We have seen convocations and other important events disrupted by such protesters. We recently discussed how Cornell is pledging to punish students who prevented conservative writer Ann Coulter from speaking.

We have previously discussed the worrisome signs of a rising generation of censors in the country as leaders and writers embrace censorship and blacklisting. The latest chilling poll was released by 2021 College Free Speech Rankings after questioning a huge body of 37,000 students at 159 top-ranked U.S. colleges and universities. It found that sixty-six percent of college students think shouting down a speaker to stop them from speaking is a legitimate form of free speech.  Another 23 percent believe violence can be used to cancel a speech. That is roughly one out of four supporting violence.

We discussed this issue with regard to a lawsuit against SUNY. It is also discussed in my recent law review article, Jonathan Turley, Harm and Hegemony: The Decline of Free Speech in the United States, Harvard Journal of Law and Public Policy. We have seen how in universities (including state schools) this can turn into a type of “heckler’s veto” where speeches are cancelled in advance or terminated suddenly due to the disruption of protesters.

This has been an issue of contention with some academics who believe that free speech includes the right to silence others.  Berkeley has been the focus of much concern over the use of a heckler’s veto on our campuses as violent protesters have succeeded in silencing speakers, including a speaker from the ACLU discussing free speech.  Both students and some faculty have maintained the position that they have a right to silence those with whom they disagree and even student newspapers have declared opposing speech to be outside of the protections of free speech.  At another University of California campus, professors actually rallied around a professor who physically assaulted pro-life advocates and tore down their display.

In the meantime, academics and deans have said that there is no free speech protection for offensive or “disingenuous” speech.  CUNY Law Dean Mary Lu Bilek showed how far this trend has gone. When conservative law professor Josh Blackman was stopped from speaking about “the importance of free speech,”  Bilek insisted that disrupting the speech on free speech was free speech. (Bilek later cancelled herself and resigned after she made a single analogy to acting like a “slaveholder” as a self-criticism for failing to achieve equity and reparations for black faculty and students).

A few years ago, I debated NYU Professor Jeremy Waldron who is a leading voice for speech codes. Waldron insisted that shutting down speakers through heckling is a form of free speech. I disagree. It is the antithesis of free speech and the failure of schools to protect the exercise of free speech is the antithesis of higher education. In most schools, people are not allowed to disrupt events. They are escorted out of such events and told that they can protest outside of the events since others have a right to listen to opposing views. These disruptions, however, are often planned to continually interrupt speakers until the school authorities step in to cancel the event.

Hastings has taken an important stand against these disruptive cancel campaigns. It must now carry out its pledge to protect free speech by holding students accountable when they seek to prevent others from speaking or being heard on campus. Of course, you must also invite speakers who offer alternative or dissenting views, which has become increasingly rare at law school.

A report from the Health and Human Services (HHS) Department is recommending that government officials “encourage or mandate” masking to fight against “long COVID,” conveniently after the completion of the midterm elections.

The HHS report details policies to combat the Chinese coronavirus, which has now been around for almost three years. One of the recommendations includes the reintroduction of masking, contending that it will assist those suffering from lingering effects from their infection.

This recommendation follows the conclusion of the midterm elections and comes months after President Biden declared the pandemic “over.”

“The pandemic is over. We still have a problem with Covid. We’re still doing a lot of work on it. It’s — but the pandemic is over. If you notice, no one’s wearing masks. Everybody seems to be in pretty good shape. And so I think it’s changing. And I think this is a perfect example of it,” he stated in September.

The HHS report’s recommendation also follows the caution offered by Florida Gov. Ron DeSantis (R), who warned earlier this year that leftists would reimpose mandates “if they feel the need” after the conclusion of the midterm elections.