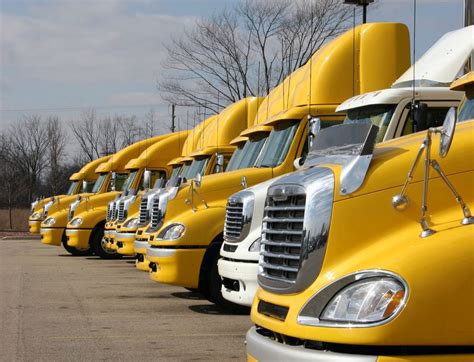 The Marxists on the California Air Resources Board are looking to ban all gas and diesel trucks.

The board boasted about being the first to adopt a rule requiring truck manufacturers to transition from diesel to electric beginning in 2024.

It is unclear how California will charge all of these vehicles when they can’t even keep the lights on during heatwaves and days with gusty winds.

There is no infrastructure to support this plan.

And what about the logistics? How will trucks be able to stick to their routes when there aren’t enough charging stations?

“This new rule directly addresses disproportionate risks and health and pollution burdens affecting these communities and puts California on the path for an all zero-emission short-haul drayage fleet in ports and railyards by 2035, and zero-emission “last-mile” delivery trucks and vans by 2040.” the board added.

The trucking and construction industries are pushing back on this new insane push to ban diesel trucks.

A controversial new proposal to ban diesel-powered trucks in California has sparked a divisive debate among the trucking industry, the state and environmentalists.

Many representing the trucking and construction industries said that there simply isn’t enough charging capability or grid capacity in the state to move fleets over to zero-emission vehicles so quickly. (The shift away from internal combustion engines in big rigs has largely moved to battery-powered vehicles, though hydrogen fuel cell technology is also being developed.)

“The infrastructure cannot be established in the timeframe given,” said Mike Tunnell of the American Trucking Association. “Fleets will have to deploy trucks that cannot do the same job as their current trucks.”

Others pointed to logistical problems in charging electric vehicles.

“This will do damage to us. We don’t really understand how to charge these vehicles,” said construction company CEO Jaimie Angus. “Those pieces of equipment go home with those men every day, so they’ll need to be charged from home? How do you compensate that person for that?”

Meanwhile, environmentalists, including a representative from the Sierra Club, urged that the timeline be expedited to rid the roads of internal combustion engines sooner rather than later.

In August California passed a law banning new sales of gas-powered vehicles by 2035.

The Biden Regime is impressed with California and said its ban on gas-powered vehicles is a model for the rest of the country.

In September Energy Secretary Jennifer Granholm touted California’s ban on gas-powered cars even though the state issued a flex alert asking Californians not to charge their electric vehicles during a sweltering heatwave to avoid rolling blackouts.

This is what Joe Biden wants for all Americans, except for the elites.

The elites will be able to charge their EVs or still enjoy their gas-powered fleets while the peasants are unable to drive or travel.

‘This is necessary to restore public trust’: Elon Musk says he will reveal all secret documents about Twitter’s decision to ban Hunter Biden laptop story

Elon Musk has promised to fully disclose what led to Twitter‘s decision to censor the Hunter Biden laptop story, 20 months after DailyMail.com authenticated its contents with top experts.

Billionaire Musk responded to a user who demanded the social media giant get to the bottom of why the laptop was blacklisted from the site – which occurred before he bought Twitter.

In an act of ‘politically motivated censorship’, Twitter deliberately prevented users from sharing a link to a front-page newspaper article about Hunter Biden’s private life and his controversial business ties to Ukraine in the run-up to the 2020 Election between Biden’s father and Trump.

One person wrote: ‘Raise your hand if you think [Musk] should make public all internal discussions about the decision to censor the story on Hunter Biden’s laptop before the 2020 Election in the interest of Transparency.’

Musk responded: ‘This is necessary to restore public trust.’

When stories about Hunter Biden’s laptop started emerging, several outlets, social media sites and left-leaning disinformation experts claimed that it was just misinformation coming from Trump and others on the right.

Prior to his $44 billion takeover, Musk called the platform’s decision ‘obviously incredibly inappropriate.’

The Federal Communications Commission on Friday announced it has adopted new rules banning communications equipment from several Chinese companies from being imported to or sold in the United States, due to the “unacceptable risk to national security.”

The rules prohibit equipment and services from Chinese electronics companies Huawei Technologies and ZTE Corporation, as well as two-way radio maker Hytera Communications, and connected-camera providers Hangzhou Hikvision Digital Technology and Dahua Technology, as well as their subsidiaries and affiliates.

The rules implement the Secure Equipment Act of 2021, sponsored by Rep. Steve Scalise (R-LA) and signed into law by President Joe Biden in November 2021.

“The FCC is committed to protecting our national security by ensuring that untrustworthy communications equipment is not authorized for use within our borders, and we are continuing that work here,” said FCC Chairwoman Jessica Rosenworcel.

“These new rules are an important part of our ongoing actions to protect the American people from national security threats involving telecommunications,” she added.

The FCC noted in a release the new rules follow a series of other FCC initiatives to keep U.S. networks secure.

Some of those include: prohibiting the use of public funds to purchase covered equipment or services; launching the Secure and Trusted Communications Networks Reimbursement Program to remove insecure equipment that has already been installed in U.S. networks; revoked operating authorities for Chinese state-owned carriers; updating the process for approving submarine cable licenses; and launching inquiries on IoT security and internet outing security.