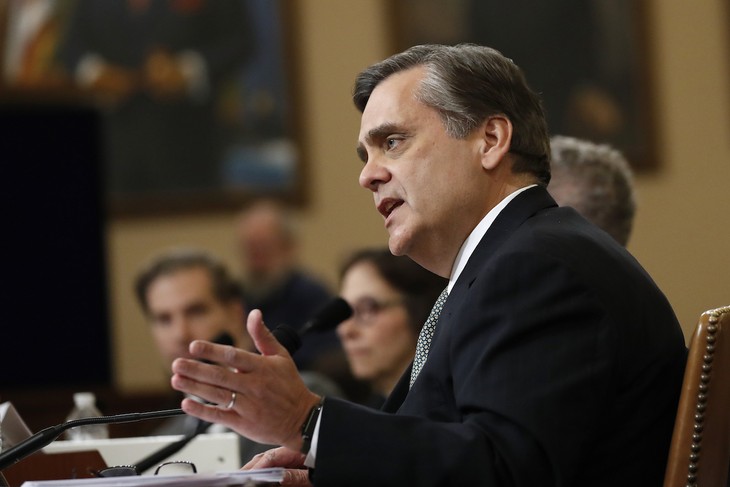 “Handled.” That one word, responding to a 2020 demand to censor a list of Twitter users, speaks volumes about the thousands of documents released by Twitter’s new owner, Elon Musk, on Friday night. As many of us have long suspected, there were back channels between Twitter and the Biden 2020 presidential campaign and the Democratic National Committee (DNC) to ban critics or remove negative stories. Those seeking to discuss the scandal were simply “handled,” and nothing else had to be said.

Ultimately, the New York Post was suspended from Twitter for reporting on the Hunter Biden laptop scandal. Twitter even blocked users from sharing the Post’s story by using a tool designed for child pornography. Even Trump White House press secretary Kayleigh McEnany was suspended for linking to the scandal.

Twitter’s ex-safety chief, Yoel Roth, later said the decision was a “mistake” but the story “set off every single one of my finely tuned APT28 hack and leak campaign alarm bells.” The reference to the APT28 Russian disinformation operation dovetailed with false claims of former U.S. intelligence officers that the laptop was “classic disinformation.”

The point is, there was no direct evidence of a hack or a Russian conspiracy. Even Roth subsequently admitted he and others did not believe a clear basis existed to block the story, but they did so anyway.

Musk’s dumped Twitter documents not only confirm the worst expectations of some of us but feature many of the usual suspects for Twitter critics. The documents do not show a clear role or knowledge by former Twitter CEO Jack Dorsey. Instead, the censor in chief appears to be Vijaya Gadde, Twitter’s former chief legal officer who has been criticized as a leading anti-free speech figure in social media.

Some Twitter executives expressed unease with censoring the story, including former global communications VP Brandon Borrman, who asked, “Can we truthfully claim that this is part of the policy?” Baker jumped in to support censorship and said, “It’s reasonable for us to assume that they may have been [hacked] and that caution is warranted.” Baker thus comes across as someone who sees a Russian in every Rorschach inkblot. There was no evidence the Post’s Hunter Biden material was hacked — none. Yet Baker found a basis for a “reasonable” assumption that Russians or hackers were behind it.

Many people recognized the decision for what it was. A former Twitter employee reportedly told journalist Matt Taibbi, “Hacking was the excuse, but within a few hours, pretty much everyone realized that wasn’t going to hold.”

Obviously, bias in the media is nothing new to Washington; newspapers and networks have long run interference for favored politicians or parties. However, this was not a case of a media company spiking its own story to protect a pal. It was a social media company that supplies a platform for people to communicate with each other on political, social and personal views. Social media is now more popular as a form of communications than the telephone.

Censoring communications on Twitter is more akin to the telephone company agreeing to cut the connection of any caller using disfavored terms. And at the apparent request of the 2020 Biden campaign and the DNC, Twitter seems to have routinely stopped others from discussing or hearing opposing views.

The internal company documents released by Musk reinforce what we have seen previously in other instances of Twitter censorship. A recent federal filing revealed a 2021 email between Twitter executives and Carol Crawford, the Centers for Disease Control and Prevention’s digital media chief. Crawford’s back-channel communication sought to censor other “unapproved opinions” on social media; Twitter replied that “with our CEO testifying before Congress this week [it] is tricky.”

At the time, Twitter’s Dorsey and other tech CEOs were about to appear at a House hearing to discuss “misinformation” on social media and their “content modification” policies. I had just testified on private censorship in circumventing the First Amendment as a type of censorship by surrogate. Dorsey and the other CEOs were asked about my warning of a “‘little brother’ problem, a problem which private entities do for the government that which it cannot legally do for itself.” In response, Dorsey insisted that “we don’t have a censoring department.”

The implications of these documents becomes more serious once the Biden campaign became the Biden administration. These documents show a back channel existed with President Biden’s campaign officials, but those same back channels appear to have continued to be used by Biden administration officials. If so, that would be when Twitter may have gone from a campaign ally to a surrogate for state censorship. As I have previously written, the administration cannot censor critics and cannot use agents for that purpose under the First Amendment.

The incoming Republican House majority has pledged to investigate — and Musk has made that process far easier by making good on his pledge of full transparency.

Washington has fully mobilized in its all-out war against Musk. Yet, with a record number of users signing up with Twitter, it seems clear the public is not buying censorship. They want more, not less, free speech.

hat may be why political figures such as Hillary Clinton have enlisted foreign governments to compel the censoring of fellow citizens: If Twitter can’t be counted on to censor, perhaps the European Union will be the ideal surrogate to rid social media of these meddlesome posters.

The release of these documents has produced a level of exposure rarely seen in Washington, where such matters usually are simply “handled.” The political and media establishments generally are unstoppable forces — but they may have met their first immovable object in Musk.

Jonathan Turley is the Shapiro Professor of Public Interest Law at George Washington University. Follow him on Twitter @JonathanTurley.

Former top intelligence officials who signed an open letter suggesting the Hunter Biden laptop story was part of a Russian operation just weeks before the 2020 election were silent after internal Twitter emails acknowledged there was no evidence the story involved material that was illicitly obtained.

According to the New York Post — the outlet that broke the story in October 2020 — as reported on Saturday:

On Friday, journalist Matt Taibbi released internal Twitter emails discussing the company’s decision to suppress the story — which included locking the Post‘s Twitter account, deleting tweets that linked the story, or tweets that even referenced the story.

The emails showed that Twitter officials decided to take these actions on the possibility the story contained hacked materials, even though there was no evidence or a government finding of any hacked materials. The emails also showed that some Twitter employees questioned using that justification.

Then-Twitter communications official Trenton Kennedy asked other officials about that justification: “I’m struggling to understand the policy basis for marking this as unsafe.”

Another official, then-Vice President of Global Communications Brandon Borman, asked, “Can we truthfully claim that this is part of the policy?”

Five days after questions were raised at Twitter about relying on a hacking justification to suppress the story, more than 50 former intelligence officials published an open letter on October 19, 2020, that argued that, based on their experience and expertise, the story came from the Russian government.

“If we are right, this is Russia trying to influence how Americans vote in this election, and we believe strongly that Americans need to be aware of this,” they wrote.

The letter worked to cast aspersion on a blockbluster story that potentially implicated then-Democratic presidential nominee Joe Biden just weeks before the election.

The story — reported by Miranda Devine and Emma-Jo Morris, who is now Breitbart News’s politics editor – revealed private emails that detailed shady business dealings with foreign actors and compromising sexual material found on Hunter Biden’s laptop, after he reportedly left it at a repair shop in Delaware and never came back to reclaim it. Some of the business-related emails potentially referenced the elder Biden.

Nick Shapiro, a former top aide under Brennan, did not equivocate, telling Politico about the letter: “The real power here however is the number of former, working-level IC officers who want the American people to know that once again the Russians are interfering.”

The letter was also signed by former acting CIA Directors John McLaughlin and Michael Morell, along with more than three dozen other former intelligence officials.