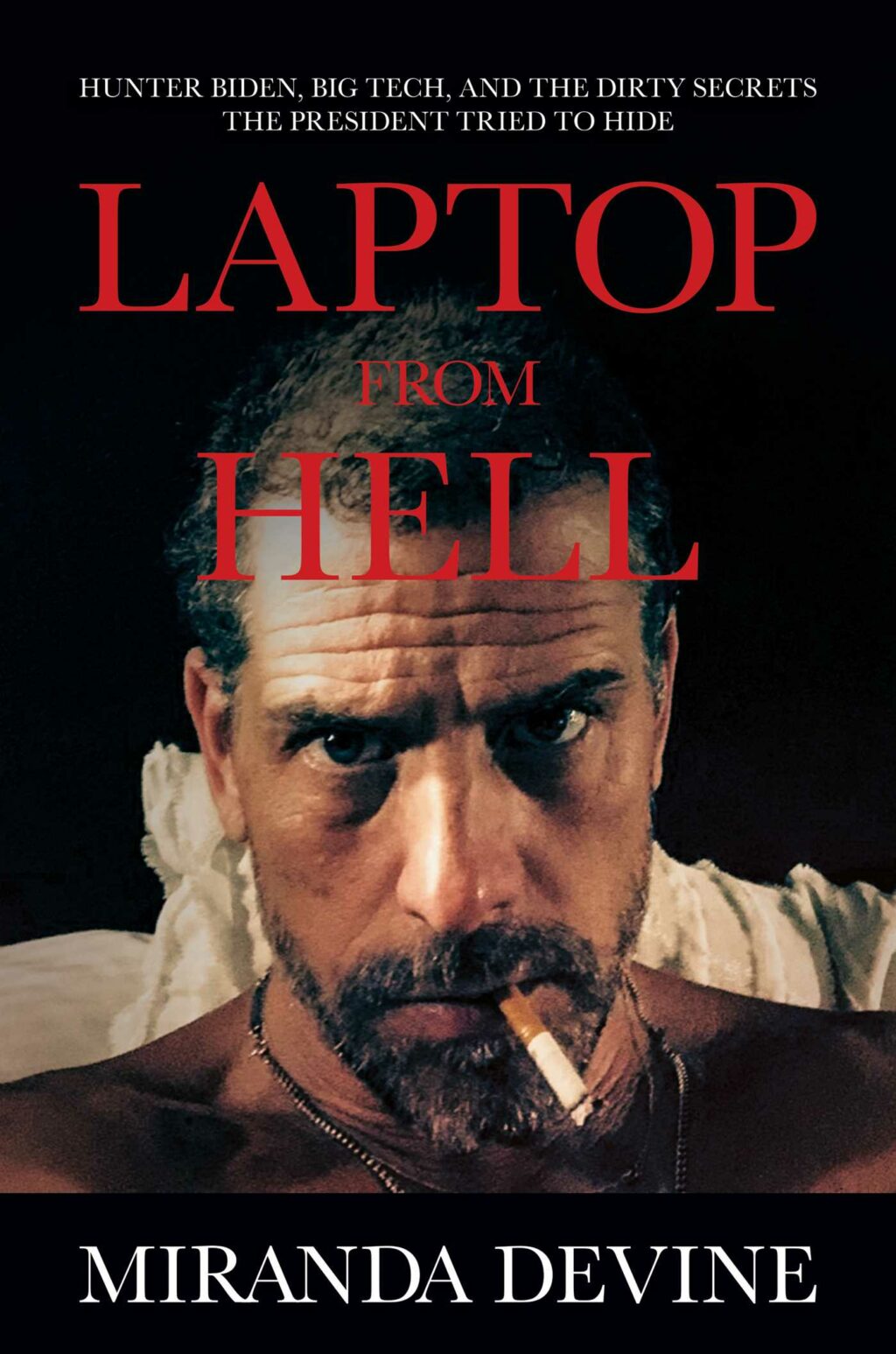 Twitter “just freelanced” its baseless decision to censor The Post’s bombshell Hunter Biden laptop scoop in the run up to the 2020 election — with top-level workers at the social media giant agreeing that controversial decision was “f–ked,” damning insider communications released by CEO Elon Musk Friday reveal.

The chaos and confusion behind closed doors at Twitter in the immediate aftermath of the October 2020 Hunter Biden expose show that a small group of top-level execs decided to label the Post’s story as “hacked material” without any evidence — behind the back of then-CEO and founder Jack Dorsey.

Musk tweeted a link to the account of independent journalist Matt Taibbi shortly after 6 p.m., who shed light on Twitter’s shady censorship decision by posting what appeared to be redacted emails between Twitter employees.

The decision to censor The Post’s story was made “at the highest levels of the company,” according to Taibbi, but without Dorsey’s involvement.

As Taibbi put it: The internal communications reveal “just how much was done without the knowledge of CEO Jack Dorsey, and how long it took for the situation to get ‘unf–ked’ (as one ex-employee put it) even after Dorsey jumped in.”

According to Taibbi, Twitter’s former head of legal, policy, and trust Vijaya Gadde played a “key role” in the censorship decision.

Damning emails and comments from former Twitter employees showed that “everyone knew”  the social media giant’s suppression of The Post’s scoops about Hunter Biden’s infamous laptop. “was f—ed.”

The company’s shaky rationale for taking the extraordinary censorship step was that the story violated the company’s “hacked materials” policy, according to Taibbi — which was questioned by many insiders.

Several Twitter sources reportedly told Taibbi that they remember hearing about a “general” warning from federal law enforcement in the summer of 2022 about foreign hacking, but no evidence has been found about government involvement specifically centered on The Post’s story on Hunter Biden’s laptop.

“Hacking was the excuse, but within a few hours, pretty much everyone realized that wasn’t going to hold. But no one had the guts to reverse it,” the ex-employee added.

“They just freelanced it,” a former employee told Taibbi about how the decision came about.

“I’m struggling to understand the policy basis for marking this as unsafe,” Trenton Kennedy, a communications official wrote in an apparent internal email to colleagues.

To which former Twitter Deputy General Counsel Jim Baker responded that it is “reasonable” to assume materials were hacked and that “caution is warranted.”

“Can we truthfully claim that this is part of the policy?” former Twitter Vice President of Global Communications Brandon Borrman asks in another missive.

“Everyone knew this was f–ked,” a former worker told Taibbi about Twitter’s official stance of on the Hunter story.

According to Taibbi, the social media company “took extraordinary steps to suppress” The Post’s Hunter Biden laptop story, removing links to the expose shared by users and posting warnings that it may be “unsafe.”

Rep. Ro Khanna (D-CA) was the only Democrat lawmaker who expressed concerns with Twitter over the social media company’s censorship of Hunter Biden’s laptop just before the 2020 presidential election, according to internal discussions released by new Twitter CEO Elon Musk.

According to Taibbi, Khanna “was the only Democratic official I could find in the files who expressed concern.”

“We put out a clarifying thread of Tweets earlier this evening to explain our policy around the posting of private information and linking directly to hacked materials,” Gadde said.

“Hope you’re well Vijaya! But this seems a violation of the 1st Amendment principles,” Khanna responded before highlighting New York Times v. Sullivan, a landmark Supreme Court decision on the first amendment that has implications for members of the press.

If there is a hack of classified information or other information that could expose a serious war crime and the NYT was to publish it, I think the NYT should have that right. A journalist should not be held accountable for the illegal actions of the source unless they actively aided the hack. So to restrict the distribution of that material, especially regarding a Presidential candidate, seems not in the keeping of the principles of NYT v Sullivan.

Khanna expressed his concerns to Gadde even though he is a self-described “total Biden partisan,” convinced the Biden family “didn’t do anything wrong.”

What did the President know and when did he know it? Musk releases Hunter Biden laptop files that reveal Twitter execs replied ‘handled’ to requests from ‘Biden team’ and DNC to delete tweets just ten days after scandal broke

Joe Biden is facing mounting political pressure to address allegations that his campaign ordered Twitter staffers to pull problematic tweets discussing the contents of his son Hunter‘s laptop in the run up to the 2020 election.

It comes after the company’s new CEO, Elon Musk, published a slew of tweets containing linked emails that indicated Twitter may have been acting on orders when it censored several posts on the platform in October of 2020.

In a barrage of tweets tauntingly titled the ‘Twitter Files,’ Musk singled out his new company – and several ex- and former staffers – for supposed collusion with the Biden campaign by leaking old company emails.

The leaked correspondence contained damning insider communications that provided new insight to dissent seen within the company as it responded to the first news of the scandal, which was first reported by The New York Post on October 14 of that year.

Musk’s online exposé has now revealed that ten days later, staffers at the social media platform received an email from a Biden staffer listing five tweets ‘for review’. Hours later, staffers replied, ‘Handled,’ with the tweets since being deleted.

The stunning revelation has yet to be proven – but has already prompted Donald Trump to demand the 2020 election results be declared void, and have the US declare him the rightful winner.

It has also since spurred the GOP’s leader on the House Oversight Committee to demand staffers who engaged in the alleged coverup appear before Congress, to answer for what he charged were blatant crimes when he becomes chair in January.

The emails provided newfound detail on Twitter’s shady censorship decision, which Musk said was made behind the scenes ‘at the highest levels of the company’ at the behest of Biden officials, and ‘based upon thousands of internal documents obtained by sources at Twitter.’

Musk, however, outsourced those findings to journalist Matt Taibbi, giving him access to the explosive documents, which the reporter published in excerpts on the social media site Friday evening.

The thread contained redacted emails in which Twitter executives engaged in the foot-dragging indecision to pull prominent tweets noting the scandal, as outcry grew over the suppression.

According to Taibbi, a former writer for Rolling Stone, the company emails were nixed due to a request ‘from the Biden team’ shortly after the company began to crack down on story, wanting it taken down.

The contents of the tweets are currently unknown.

Following the ordeal last night, Trump spoke out about the scandal, which could give new credence to the ex-president’s previous claims that the Democratic Party conspired against him during the 2020 election to ensure his rival Biden took the oval office.

‘So, with the revelation of massive and widespread fraud and deception in working closely with Big Tech Companies, the DNC, and the Democrat Party, do you throw the Presidential Election Results of 2020 out and declare the rightful winner, or do you have a new election?’ Trump asked his 4.68million followers on TruthSocial.

‘A massive fraud of this type and magnitude allows for the termination of all rules, regulations, and articles, even those found in the Constitution.’

Trump, who recently announced a renewed bid for the White House, then proclaimed: ‘Our great “Founders” did not want, and would not condone, false and fraudulent elections!’

Amid the outflow of damning posts, Musk shared a similar sentiment, adding that the several executives actions – some of whom were identified and some left anonymous – should constitute a violation of the Constitution’s First Amendment, if the Biden campaign played a part in Twitter’s scrubbing of the posts.

The South African mogul at one point declared: ‘If this isn’t a violation of the Constitution’s First Amendment, what is?’