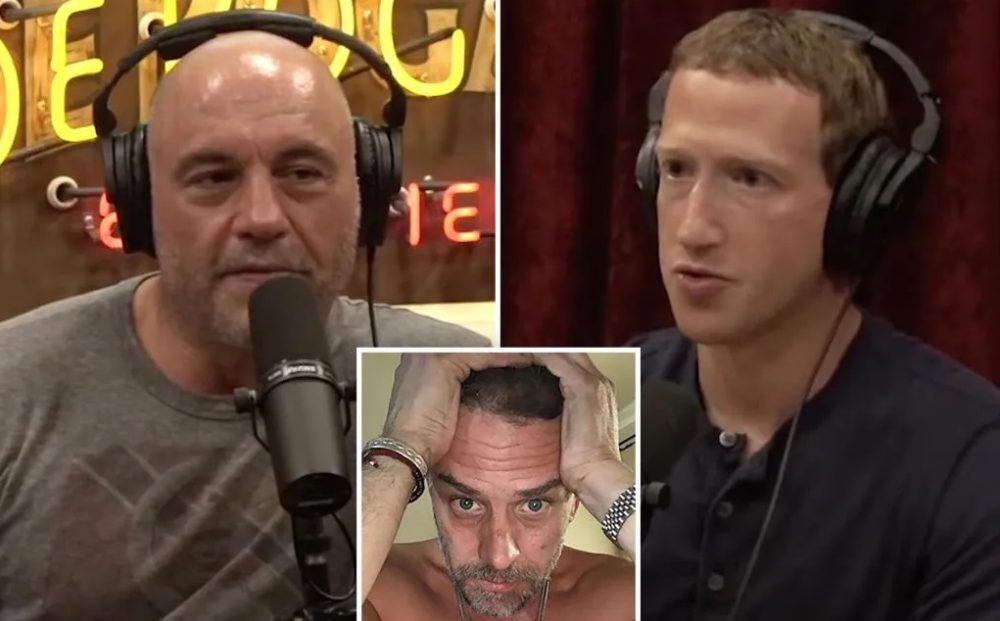 “The FBI, I think basically came to us — some folks on our team and was like, ‘Hey, um, just so you know, like, you should be on high alert. There was the — we thought that there was a lot of Russian propaganda in the 2016 election. We have it on notice that basically there’s about to be some kind of dump of — that’s similar to that. So just be vigilant.’”

Meta CEO Mark Zuckerberg has revealed that the Federal Bureau of Investigation appealed to his social media platform to censor stories such as those related to Hunter Biden’s hard drive during the 2020 presidential election, effectively revealing a U.S. law enforcement plot to sway the election in Joe Biden’s favor.

The admission came during Zuckerberg’s recent interview with podcaster Joe Rogan, and severely complicates the role of the Federal Bureau of Investigation (FBI) in the 2020 election cycle. The FBI had first seized the laptop of the presidential candidate’s son in 2019 – a year prior to reaching out to social media platforms to suggest the platform censor stories that could be dismissed as “Russian interference.”

The hard drive – which The National Pulse was one of the first news outlets in the world to report from – was entirely real.

The FBI, having had access to the drive for around a year before it was released publicly, would have known of its contents, which included incriminating business emails with Chinese Communist Party operatives and evidence of then-candidate Joe Biden’s involvement.

Speaking with Rogan about his platform’s approach to censoring stories related to the hard drive of President Joe Biden’s son, Zuckerberg revealed:

“The FBI, I think, basically came to us, some folks on our team, and was like hey, just so you know, you should be on high alert. We thought that there was a lot of Russian propaganda in the 2016 election. We have it on notice that basically there’s about to be some kind of dump that is similar to that. So just be vigilant.”

Rogan later inquired if the FBI explicitly referenced the hard drive, with Zuckerberg clarifying: “I don’t remember if it was that specifically but it basically fit the pattern.”

The admission comes amidst emails and text messages leaking from the hard drive which reveal the Biden family’s massive business operations in adversarial countries including China. The contents of the hard drive also appear to implicate President Biden, who would have received considerably lower support had the aforementioned stories been allowed to be shared on social media platforms, according to polls.

It also follows the Facebook founder spending over half a billion dollars to influence the 2020 election in favor of Biden.