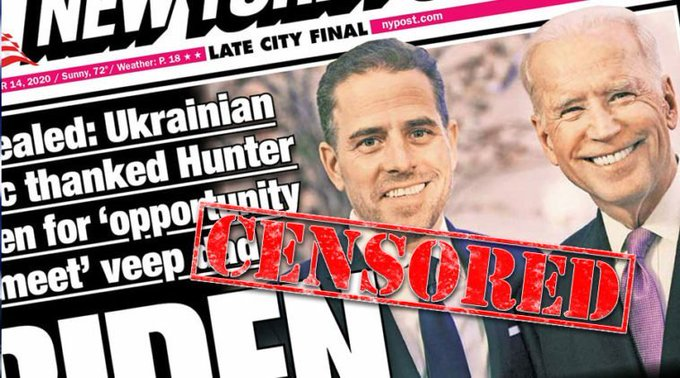 Seventy-nine percent of Americans say former President Donald Trump would have won reelection in 2020 if Hunter’s laptop was known to voters, according to Wednesday’s Technometrica Institute of Policy and Politics polling.

Seventy-four percent of Americans believe the FBI mislead the public when it claimed Hunter Biden’s laptop was “disinformation.”

On Thursday, Facebook’s founder and CEO Mark Zuckerberg revealed the FBI warned Facebook of an imminent “dump” of “Russian propaganda” shortly before the Hunter Biden “laptop from hell” story broke, causing the story to be shared less on the platform to a “meaningful” degree.

Polling shows Zuckerberg’s meaningful degree of reduced distribution impacted the 2020 election. When Americans were asked if they “agreed or disagreed the electorate did not have access to information that could have been critical to their decision at the polls,” 78 percent agreed. Twelve percent disagreed.

It should be noted whistleblowers revealed to Sen. Ron Johnson (R-WI) that the leadership of the FBI forbade agents from investigating Hunter Biden’s laptop until after the 2020 election was decided.

Biden’s student loan bailout could cost the U.S. $1 TRILLION, new model shows as White House stays silent on if it is paid for and millions who already paid back their loans continue their outrage