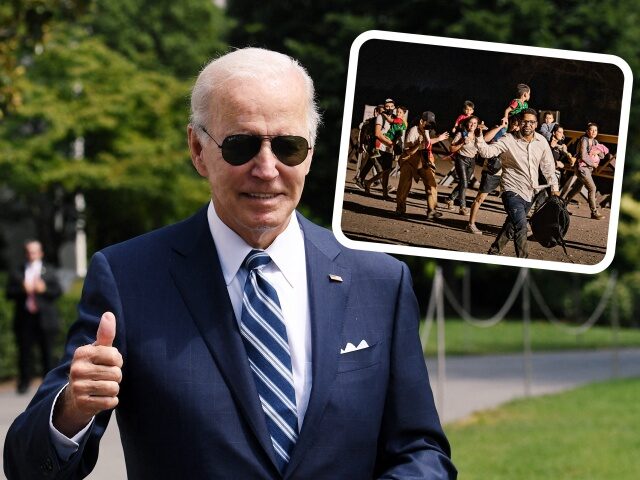 Joe Biden on Friday referred to Trump supporters as “semi-Fascists.”

“What we’re seeing now is the beginning or the death knell of an extreme MAGA philosophy. It’s not just Trump, it’s the entire philosophy that underpins the – I’m going to say something, it’s like Semi-Fascism,” Biden said on Friday at a DNC fundraiser.

This is the same guy whose FBI raided a former president who will likely be his political opponent in 2024.

Peter Alexander said Joe Biden was not reading from his teleprompter when he called Trump supporters ‘semi-Fascists.’

“This wasn’t a teleprompter speech. This is what he’s been thinking. He said it out loud. This was done not on camera…this also becomes problematic because, you know, this is the guy who wanted to be a unifier,” Peter Alexander said.