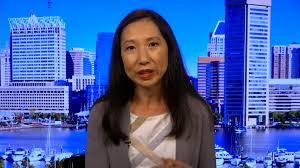 "There are many people that will say that Americans “rolled over” in the face of covid restrictions and vaccine pressures despite extensive evidence that neither of these things had any effect on stopping or stalling the pandemic.  But the notion of American pacifism is simply not true.  If it were then the US would be looking a lot more like China right now.

Growing opposition to meaningless covid lockdowns and the vaccine passports was a mainstay in the US that made government enforcement impossible.  Joe Biden’s attempt to introduce federal vax passport rules for businesses failed miserably, red states defied the lockdowns within a few months of the start of the pandemic and the states that kept restrictions in place had HIGHER rates of infection while their economies sank.  When it became clear to the establishment that millions of Americans were not going to comply, they had to back off.

Even blue states and cities have been forced to acknowledge that the farce is over; Los Angeles County tried to reintroduce mask mandates recently and the measure collapsed in failure as many municipalities said they planned to ignore any new ordnance.  Covid’s median Infection Fatality Rate of 0.23% was not enough of a threat to convince the public to abandon their constitutional rights.

Without the millions of courageous people that refused to comply our country might look very different today.  The CCP has faced little public opposition over their draconian covid rules, and when they do, they don’t worry much because the population is completely disarmed.  This has resulted in a veritable nightmare world for the citizenry.  In fact, it almost seems like an experiment to find out how much psychological torture and oppression human beings are willing to endure."