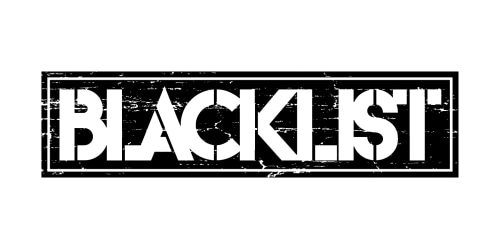 Twitter kept a ‘secret blacklist’ of topics and accounts to prevent them from trending, according to data obtained by journalist Bari Weiss – with conservative commentators deliberately downplayed in what one called ‘Soviet-style bulls***’, while another said he was treated ‘with more censorship than Hamas’.

Specialist teams were put to work, dealing with 200 cases a day.

Conservative commentators such as Dan Bongino and Charlie Kirk were deliberately put on a ‘search blacklist’ – in the case of Bongino – or tabbed ‘do not amplify’, in the case of Kirk.

Kirk said he was angered by the findings, saying: ‘They are treating my Twitter account with more censorship than the prime minister of Iran? Than Hamas?’ Bongino said it was ‘Soviet style bulls***.’

Those who questioned the prevailing COVID orthodoxy of lockdowns and mask mandates, such as Stanford’s Dr Jay Bhattacharya, who argued that lockdowns harmed children, were also placed on a ‘search blacklist’.

In October 2020, journalist Dave Rubin asked then-CEO Jack Dorsey: ‘Do you shadowban based on political beliefs? Simple yes or no will do.’

Independent journalist Bari Weiss detailed in a series of posts how Twitter used so-called “shadow banning” to limit the visibility of tweets coming from far-right users.

The former New York Times and Wall Street Journal writer said that the blacklists were built “in secret” and “without informing users.”

“A new [Twitter Files] investigation reveals that teams of Twitter employees build blacklists, prevent disfavored tweets from trending, and actively limit the visibility of entire accounts or even trending topics — all in secret, without informing users,” Weiss wrote in a tweet Thursday.

She notes that the company strayed from its original mission of giving “everyone the power to create and share ideas and information instantly, without barriers” by developing the methods to suppress specific individuals.

Tucker Carlson opened his show with this news on Thursday night.

“A new #TwitterFiles investigation reveals that teams of Twitter employees build blacklists, prevent disfavored tweets from trending, and actively limit the visibility of entire accounts or even trending topics—all in secret, without informing users,” journalist Bari Weiss began her thread on Thursday.

“Twitter once had a mission ‘to give everyone the power to create and share ideas and information instantly, without barriers.’ Along the way, barriers nevertheless were erected,” Weiss wrote.

The first installment, shared Friday by Substack writer Matt Taibbi, offered insight as to what led to Twitter’s suppression of the Hunter Biden laptop story during the 2020 presidential election.