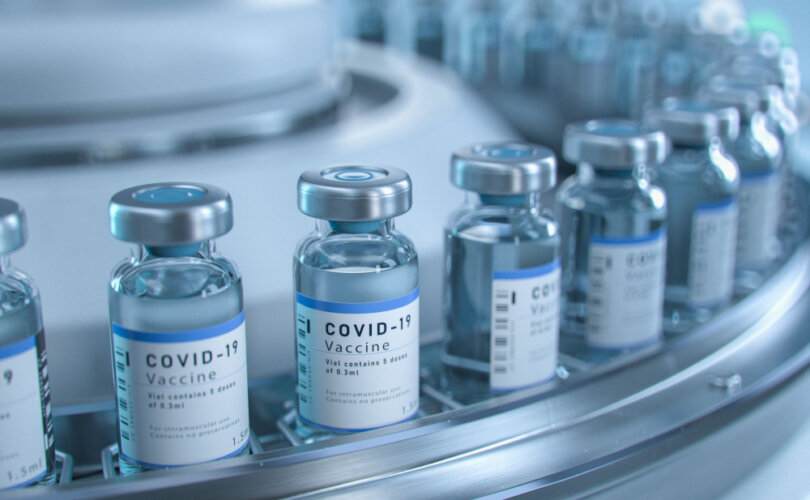 In a Wednesday roundtable discussion hosted by US Sen. Ron Johnson, Dr. Janci Lindsay said ‘there is no way that we can say at this point that [the shots] are safe nor effective.’

A toxicology expert with over 30 years of scientific experience issued a stark warning Wednesday about the potential reproductive harm she believes could be caused by the mRNA COVID jabs. She said more research is needed to determine the shots’ effects on reproduction.

In a Wednesday roundtable discussion hosted by U.S. Sen. Ron Johnson of Wisconsin, Dr. Janci Lindsay warned that the COVID-19 jabs could “potentially sterilize an entire generation” or else “be passed on to next generations as inadvertent gene transfer.”

Accordingly, Lindsay argued that it is “absolutely irresponsible to continue any of these shots” for children and people of child-bearing age “without investigating this,” explaining “there is no way that we can say at this point that they are safe nor effective.” She ended her short address by calling for an investigation into the jabs’ potential danger to human reproduction.

According to her company’s website, Lindsay boasts “extensive experience in analyzing the molecular profile of pharmacologic responses as they pertain to the dose/response relationship.” The medical professional has also conducted risk assessments and evaluated “the toxicological profile of a variety of consumer and industrial products,” according to her profile.

At the Wednesday discussion, where she was joined by the likes of Dr. Peter McCullough and Dr. Robert Malone, Lindsay said that the Pfizer and Moderna COVID shots don’t just stay in the arm at the injection site, but rather spread throughout the body.

“We were told initially that it would just stay in the arm, but it does not. It ends up being distributed throughout the entire body for both Moderna and Pfizer,” she said, adding the “caveat” that Moderna’s jab contents haven’t been found in the kidneys.

According to Lindsay, the jabs have the “potential to cause immense reproductive harm and potentially sterilize an entire generation.”

On Thursday’s broadcast of the Fox News Channel’s “Ingraham Angle,” Stanford University Professor of Medicine Dr. Jay Bhattacharya reacted to revelations that his Twitter account was put on a “trends blacklist” by stating that Twitter blocked “scientific discussion” and this “harmed science, harmed children, and harmed the American public.”

Bhattacharya stated, “It feels like some novel from the 1950s, where the House Un-American [Activities] Committee is meeting to decide who to suppress and I’m some sort of movie star from — in Hollywood that they’re blacklisting because I’m a Communist or something. It’s ridiculous, and it really hurt public health. If we had had an open discussion, Laura, the schools would not have closed in the fall of 2020. If we’d had an open discussion, the lockdowns would have been lifted much earlier because the data and evidence behind them was so bad. Twitter, by suppressing scientific discussion harmed science, harmed children, and harmed the American public.”

A Massachusetts library has sparked uproar after refusing to put up its annual Christmas tree because it made some people uncomfortable. The Dedham Public Library has also avoided posting any advertisements for Christmas activities on social media accounts this year, instead referring only to ‘the spirit of giving.’

Some dubbed the move as a ‘war on Christmas’ – which appeared particularly unfair as the library is known to celebrate other special events, such as Pride week and Juneteenth. The Board Library of Trustees will meet to hold further discussions about whether a tree should be put up on December 13.

It is unknown how many complaints the library received from people claiming to be offended by the traditional holiday tree. But many outraged locals have since hit back at the decision and said it is especially disappointing for children visiting the library over the festive season.

Lisa Desmond, library supervisor, was outraged when she was notified the Christmas tree wouldn’t be going up this year. ‘I have never posted a negative post on Facebook. That is, until now,’ Desmond wrote.

‘I found out today that my beautiful library will not have it’s Christmas tree this year. Zero explanation. ‘When I asked, I was told “people” were made uncomfortable last year looking at it. I’m sorry WHAT? In my 28 years at the Dedham Public Library, I have never heard a negative comment.’