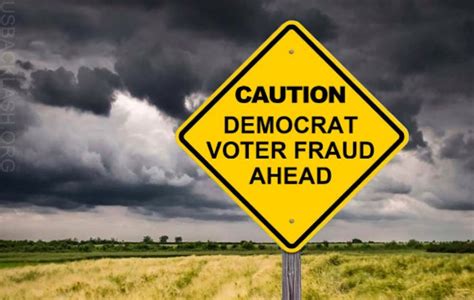 Kari Lake will appeal the ruling.

Judge Peter Thompson ruled that when 60% of election centers have broken machines and hundreds of thousands of ballots are counted without chain of custody, this constitutes a free and fair election.

It is crooked officials like Judge Thompson who will bring down this great nation.

Judge Thompson had to go out of his way to ignore Arizona election laws to dismiss this case.

Kari Lake said “This lawsuit puts an end to any doubt that our elections, especially in Maricopa County, are rigged and massive reforms are needed if the public is ever to trust the results again.” Lake continued, “Our sacred vote was trampled on. Every Arizonan should be furious, regardless of Party. Despite the desperate lies by the Fake News, my team has filed one of the strongest Election Lawsuits in history.”

10 Key Points of the lawsuit, which can be read in full at SaveArizonaFund.com:

·  Cyber Expert Clay Parikh: Machine Failures that Arizona voters experienced on election day could not have occurred absent intentional misconduct. In summary, the errors were the result of deliberate actions and could have been prevented.

·  Whistleblowers: Tens of thousands of illegal ballots counted, many with little to no signature verification.

·  Uncounted “Door 3 Ballots” were co-mingled with already tabulated ballots. There is strong reason to believe the actual number of door 3 ballots is far greater than the reported 16,724

·  Katie Hobbs and Stephen Richer both colluded with the federal government to censor constituents. This is election interference and a violation of the First Amendment.

o   Katie Hobbs Secretary of State – governed over her own election

o   Steven Gallardo – he is now a member of Katie Hobbs’ transition team.

·  Runbeck Whistleblower says 298,942 early ballots had no chain of custody.

These points are all thoroughly supported by the affidavits of whistleblowers within the system and backed by written expert testimony.

In addition to skillfully laid out details of a completely botched election day, the lawsuit also names Secretary of State Hobbs as a corrupt operator who successfully silenced her political enemy’s freedom of speech by demanding Twitter take down their tweets which were critical of her.

The relief sought includes throwing out illegal ballots, which would result in Lake’s rightful win over Hobbs in the November 8th election, or result in a new election conducted in Maricopa County, with a special master as administrator. In addition, inspection of the “signature verified” ballots that are highly questionable because of whistleblower testimony, is requested as relief in Lake’s suit.

Stew Peters on OAN: COVID-19 is a AI Biosynthetic Parasitic Technology, IT’S NOT A VIRUS

Stew Peters, wearing a black t-shirt featuring the word “Arrest” above of photograph of Anthony Fauci, recently appeared on the One America News Network (OAN) and laid out the genocidal scenario that whistleblowers have exposed on his mega-viral Stew Peters Network, exposing the depopulation agenda at the heart of COVID-19 and its jabs.

Stew Peters applied pressure on other pundits and broadcasters to come clean about everything they know about COVID-19 and what he and his associates are figuring out about the connections between the depopulation political movement and COVID-19 jabs.

According to Peters, the foundational concept of his point of view is that COVID-19 is not a virus but a technology – so there is no vaccine for it. Therefore the shots have other purposes.

After the massive success of his documentary, Died Suddenly,  which has received over 14.5 million views, Peters has emerged as one of the few brave broadcasters who is willing to talk to controversial experts about the dangers of the shots and what he has learned from them has led him to demand action to curtail and stop the damage the vaccines are causing.

During the recent OAN interview, Peters repeated his salient message about ending the “vaccination” push because of the chilling side effects, including the deaths of people who have only been described as having “died suddenly” with no explanation for why they died.

“This is going to become too much to ignore. We have been talking about this for two years now, and it is hard for people to get their heads around what they did to themselves and their children. We have to get away from the idea of trusted leaders talking about COVID being a virus,” Peters said.

His target is stopping the vaccines.

“These are weapons of biowarfare; this is a weaponized virus. There are 25 generic sequences, and we are under attack,” he added, citing a former Pfizer employee, Karen Kingston, who appears with Peters regularly to talk about her research and documents, which they say support those claims.

Peters’s advice and reasoning behind why he is speaking out:

“We can stop this,” Peters said. “We have free will in unified noncompliance,” he went on, adding that more whistleblowers, podcasters, and pundits, especially those with big platforms, need to talk more about what they know – which Peters said – is that COVID is not a virus.