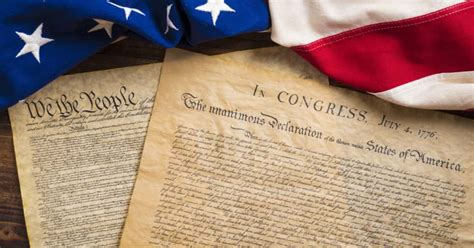 What if, or when, it is unequivocally proven that Joe Biden and other Democrats did not legitimately win the 2020 election, but they refuse to give up power?

I think it is a scenario for which we should be prepared because elections without meaning leave us with a stark choice between submission to a one-party totalitarian state or rebellion.

It has been evident for a long time that, although we have had elections, we have not had a representative government.

The United States now has a bona fide ruling class that both controls and transcends government, which sees itself as distinct from the rest of society and as the only element that may act on its behalf. The ruling class considers those who resist it as having no moral, intellectual or even any civil right to do so.

Republican leaders neither contest that view nor vilify their Democrat counterparts because they do not want to challenge the ruling class, they want to be part of it.

The GOP leadership has gradually solidified its choice to no longer represent what had been its constituency, but to adopt the identity of junior partners in the ruling class. By repeatedly passing bills that contradict the views of Republican voters, the leadership has made political orphans of millions of Americans.

Most Americans believe that we are no longer citizens of a constitutional republic, but subjects of an administrative aristocracy composed of a self-absorbed permanent political class, which serves the interests of international financiers at the expense of U.S. citizens.

They maintain their authority by an ever-expanding and increasingly intrusive federal government and use compliant media to manipulate public perception and opinion in order to maintain the illusion of democracy.

From the perspective of the ruling elites, elections have become little more than occasions to redistribute power among themselves.

For the international financiers, it does not matter who wins as long as they can continue to influence policy through their lobbies and political donations.

The 2020 election results appear to have been intentionally manipulated by those elites to permanently consolidate their power and rule by fiat, spelling the end of the American constitutional republic.

We are faced with a situation where all the traditional means for the American people to seek the redress of grievances have been blocked.

That is, the federal government has seceded from the American people.

The present political environment, that is, the separation between the rulers and the ruled, bears comparison to the events leading up to the American Revolution.

In contrast to what Thomas Paine wrote in the “Rights of Man” (1791), the current ruling elites in Washington D.C. see individual rights as privileges, not endowed by God, but granted via political charter, and, thereby, legally revocable to ensure the “good order” of society.

It is a collectivist philosophy that directly conflicts with the principles outlined in the Constitution, where government is a construct of and accountable to its citizens, as Paine noted:

“The fact, therefore, must be that the individuals, themselves, each, in his own personal and sovereign right, entered into a contract with each other to produce a government: and this is the only mode in which governments have a right to arise, and the only principle on which they have a right to exist.”

In other words, whenever the interests of government officials divert from or are in conflict with those of the people, tyranny ensues.

Today the federal government has become an entity unto itself operating outside of Constitutional constraints and unaccountable to the American people.

It is, therefore, not just a right, but an obligation of the American people to take correctional measures when such deviations from liberty arise, as Founding Father John Adams noted:

“Government is instituted for the common good; for the protection, safety, prosperity, and happiness of the people; and not for profit, honor, or private interest of any one man, family, or class of men; therefore, the people alone have an incontestable, unalienable, and indefeasible right to institute government; and to reform, alter, or totally change the same, when their protection, safety, prosperity, and happiness require it.”

The present conflict of interests between the rulers and the ruled represented by the corrupt political status quo is unsustainable.

Now that it is clear that the blatant and outrageous lies emanating from the ruling elites are no longer sufficient to soothe the citizenry into complacency, they must curtail liberty and oppress the people in order to remain in power.

Ordinary Americans must band together and take a stand to restore the Constitution and the rule of law, to establish political and fiscal sanity and to return the government to the people.

In a speech to the Illinois Republican State Convention on June 16, 1858, Abraham Lincoln had this to say about the issue of slavery:

“In my opinion, it will not cease, until a crisis shall have been reached, and passed – A house divided against itself cannot stand. I believe this government cannot endure, permanently half slave and half free. I do not expect the Union to be dissolved – I do not expect the house to fall – but I do expect it will cease to be divided. It will become all one thing, or all the other.”

The United States is at a similar inflection point in history. We will be all one thing or the other, a constitutional republic or, if the present situation continues, a one-party, totalitarian state.

Lawrence Sellin, Ph.D. is retired from an international career in business and medical research with 29 years of service in the US Army Reserve and a veteran of Afghanistan and Iraq. Colonel Sellin is the author of “Restoring the Republic: Arguments for a Second American Revolution.” His email address is [email protected].