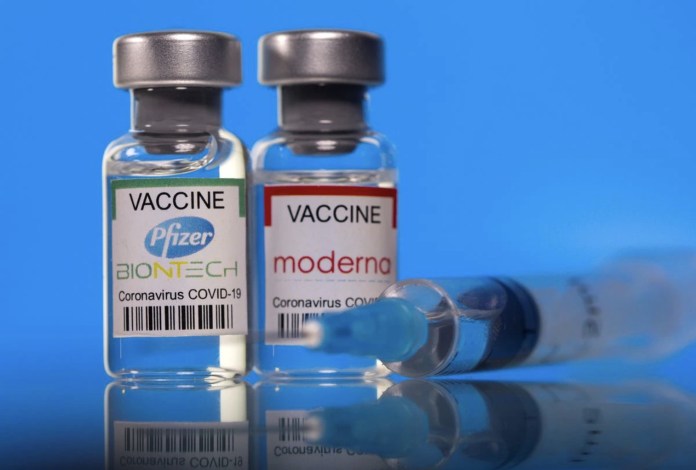 Without Ian MacLachlan’s  innovative delivery system, Moderna and Pfizer couldn’t safely get their mRNA vaccines into your cells. So why does hardly anyone acknowledge the Canadian biochemist’s seminal contributions—or pay a dime in royalties?

In the summer of 2020, as the pandemic raged, infecting more than 200,000 people a day across the globe, Pfizer CEO Albert Bourla and BioNTech CEO Uğur Şahin boarded an executive jet en route to the hilly countryside of Klosterneuburg, Austria. Their destination: a small manufacturing facility located on the west bank of the Danube River called Polymun Scientific Immunbiologische Forschung. Bourla and Şahin were on a mission to get the company to manufacture as many lipid nanoparticles as possible for their new Covid-19 vaccine, which was on a fast track to receive emergency authorization from the U.S. Food and Drug Administration.

The Pfizer-BioNTech vaccine had been engineered with messenger RNA technology that instructs the body’s immune system to combat the coronavirus. But to get it safely into human cells, the mRNA needed to be wrapped in microscopic fragments of fat known as lipids. The Austrian manufacturing plant was one of the few places on earth that made the required lipid nanoparticles, and Bourla insisted Şahin go with him personally to press their case.

“The whole mRNA platform is not how to build an mRNA molecule; that’s the easy thing,” Bourla says. “It is how to make sure the mRNA molecule will go into your cells and give the instructions.”

Yet the story of how Moderna, BioNTech and Pfizer managed to create that vital delivery system has never been told. It’s a complicated saga involving 15 years of legal battles and accusations of betrayal and deceit. What is clear is that when humanity needed a way to deliver mRNA to human cells to arrest the pandemic, there was only one reliable method available—and it wasn’t one originated in-house by Pfizer, Moderna, BioNTech or any of the other major vaccine companies.

A months-long investigation by Forbes reveals that the scientist most responsible for this critical delivery method is a little-known 57-year-old Canadian biochemist named Ian MacLachlan. As chief scientific officer of two small companies, Protiva Biotherapeutics and Tekmira Pharmaceuticals, MacLachlan led the team that developed this crucial technology. Today, though, few people—and none of the big pharmaceutical companies—openly acknowledge his groundbreaking work, and MacLachlan earns nothing from the technology he pioneered.

“I just wasn’t going to spend the rest of my life dealing with it, but I can’t escape it,” MacLachlan says. “I open my browser in the morning and look at the news, and 50% of it is vaccines—it’s everywhere—and I have no doubt the vaccines are using the technology we developed.”

Moderna Therapeutics vigorously disputes the idea that its mRNA vaccine uses MacLachlan’s delivery system, and BioNTech, the vaccine maker partnered with Pfizer, talks about it carefully. Legal proceedings are pending, and big money is at stake.

Moderna, BioNTech and Pfizer are on their way to selling $45 billion worth of vaccines in 2021. They don’t pay a dime to MacLachlan. Other coronavirus vaccine makers, such as Gritstone Oncology, have recently licensed MacLachlan’s Protiva-Tekmira delivery technology for between 5% and 15% of product sales. MacLachlan no longer has a financial stake in the technology, but a similar royalty on the Moderna and Pfizer-BioNTech vaccines could yield as much as $6.75 billion in 2021 alone. In an ironic twist of fate, though, President Biden’s proposal to waive Covid-19 vaccine patents would make it unlikely that the intellectual property related to MacLachlan’s advances could be a source of riches.

Despite their denials, scientific papers and regulatory documents filed with the FDA show that both Moderna and Pfizer-BioNTech’s vaccines use a delivery system strikingly similar to what MacLachlan and his team created—a carefully formulated four-lipid component that encapsulates mRNA in a dense particle through a mixing process involving ethanol and a T-connector apparatus.

For years, Moderna claimed it was using its own proprietary delivery system, but when it came time for the company to test its Covid-19 vaccine in mice, it used the same four kinds of lipids as MacLachlan’s technology, in identical ratios.

Moderna insists the preclinical formulation of the vaccine was not the same as the vaccine itself. Subsequent regulatory filings by Moderna show its vaccine uses the same four types of lipids as MacLachlan’s delivery system but with a proprietary version of one of the lipids and the ratios “slightly modified” in a still undisclosed manner.