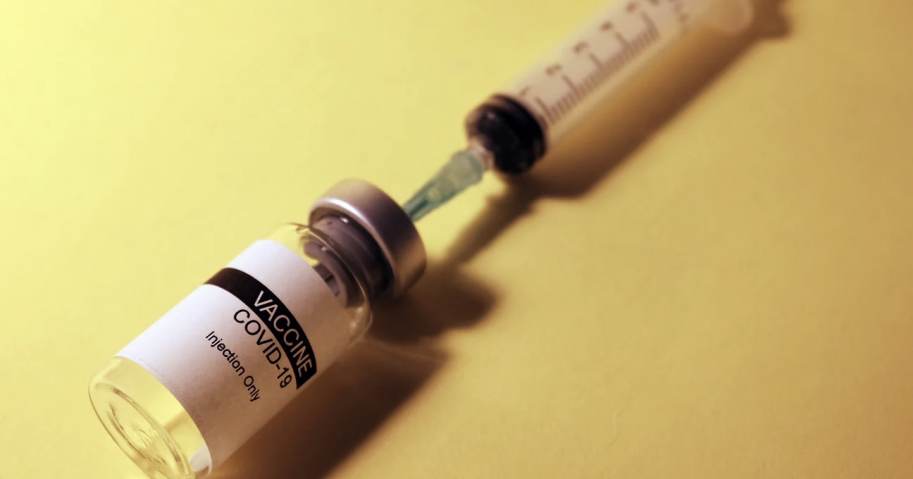 The natural immune protection that develops after a SARS-CoV-2 infection offers considerably more of a shield against the Delta variant of the pandemic coronavirus than two doses of the Pfizer-BioNTech vaccine, according to a large Israeli study that some scientists wish came with a “Don’t try this at home” label. The newly released data show people who once had a SARS-CoV-2 infection were much less likely than vaccinated people to get Delta, develop symptoms from it, or become hospitalized with serious COVID-19.

The study demonstrates the power of the human immune system, but infectious disease experts emphasized that this vaccine and others for COVID-19 nonetheless remain highly protective against severe disease and death. And they caution that intentional infection among unvaccinated people would be extremely risky. “What we don’t want people to say is: ‘All right, I should go out and get infected, I should have an infection party.’” says Michel Nussenzweig, an immunologist at Rockefeller University who researches the immune response to SARS-CoV-2 and was not involved in the study. “Because somebody could die.”

The researchers also found that people who had SARS-CoV-2 previously and then received one dose of the Pfizer-BioNTech messenger RNA (mRNA) vaccine were more highly protected against reinfection than those who once had the virus and were still unvaccinated. The new work could inform discussion of whether previously infected people need to receive both doses of the Pfizer-BioNTech vaccine or the similar mRNA vaccine from Moderna. Vaccine mandates don’t necessarily exempt those who had a SARS-CoV-2 infection already and the current U.S. recommendation is that they be fully vaccinated, which means two mRNA doses or one of the J&J adenovirus-based vaccine. Yet one mRNA dose might be enough, some scientists argue. And other countries including Germany, France, Italy, and Israel administer just one vaccine dose to previously infected people.

The study, conducted in one of the most highly COVID-19–vaccinated countries in the world, examined medical records of tens of thousands of Israelis, charting their infections, symptoms, and hospitalizations between 1 June and 14 August, when the Delta variant predominated in Israel. It’s the largest real-world observational study so far to compare natural and vaccine-induced immunity to SARS-CoV-2, according to its leaders.

The research impresses Nussenzweig and other scientists who have reviewed a preprint of the results, posted yesterday on medRxiv. “It’s a textbook example of how natural immunity is really better than vaccination,” says Charlotte Thålin, a physician and immunology researcher at Danderyd Hospital and the Karolinska Institute who studies the immune responses to SARS-CoV-2. “To my knowledge, it’s the first time [this] has really been shown in the context of COVID-19.”

Still, Thålin and other researchers stress that deliberate infection among unvaccinated people would put them at significant risk of severe disease and death, or the lingering, significant symptoms of what has been dubbed Long Covid. The study shows the benefits of natural immunity, but “doesn’t take into account what this virus does to the body to get to that point,” says Marion Pepper, an immunologist at the University of Washington, Seattle. COVID-19 has already killed more than 4 million people worldwide and there are concerns that Delta and other SARS-CoV-2 variants are deadlier than the original virus.

The new analysis relies on the database of Maccabi Healthcare Services, which enrolls about 2.5 million Israelis. The study, led by Tal Patalon and Sivan Gazit at KSM, the system’s research and innovation arm, found in two analyses that people who were vaccinated in January and February were, in June, July, and the first half of August, six to 13 times more likely to get infected than unvaccinated people who were previously infected with the coronavirus. In one analysis, comparing more than 32,000 people in the health system, the risk of developing symptomatic COVID-19 was 27 times higher among the vaccinated, and the risk of hospitalization eight times higher.

“The differences are huge,” says Thålin, although she cautions that the numbers for infections and other events analyzed for the comparisons were “small.” For instance, the higher hospitalization rate in the 32,000-person analysis was based on just eight hospitalizations in a vaccinated group and one in a previously infected group. And the 13-fold increased risk of infection in the same analysis was based on just 238 infections in the vaccinated population, less than 1.5% of the more than 16,000 people, versus 19 reinfections among a similar number of people who once had SARS-CoV-2.

No one in the study who got a new SARS-CoV-2 infection died—which prevented a comparison of death rates but is a clear sign that vaccines still offer a formidable shield against serious disease, even if not as good as natural immunity. Moreover, natural immunity is far from perfect. Although reinfections with SARS-CoV-2 are rare, and often asymptomatic or mild, they can be severe.

In another analysis, the researchers compared more than 14,000 people who had a confirmed SARS-CoV-2 infection and were still unvaccinated with an equivalent number of previously infected people who subsequently received one dose of the Pfizer-BioNTech vaccine. The team found that the unvaccinated group was twice as likely to be reinfected as the singly vaccinated.

“We continue to underestimate the importance of natural infection immunity … especially when [infection] is recent,” says Eric Topol, a physician-scientist at Scripps Research. “And when you bolster that with one dose of vaccine, you take it to levels you can’t possibly match with any vaccine in the world right now.”

Nussenzweig says the results in previously infected, vaccinated people confirm laboratory findings from a series of papers in Nature and Immunity by his group, his Rockefeller University colleague Paul Bieniasz and others—and from a preprint posted this month by Bieniasz and his team. They show, Nussenzweig says, that the immune systems of people who develop natural immunity to SARS-CoV-2 and then get vaccinated produce exceptionally broad and potent antibodies against the coronavirus. The preprint, for example, reported that people who were previously infected and then vaccinated with an mRNA vaccine had antibodies in their blood that neutralized the infectivity of another virus, harmless to humans, that was engineered to express a version of the coronavirus spike protein that contains 20 concerning mutations. Sera from vaccinated and naturally infected people could not do so.

As for the Israel medical records study, Topol and others point out several limitations, such as the inherent weakness of a retrospective analysis compared with a prospective study that regularly tests all participants as it tracks new infections, symptomatic infections, hospitalizations, and deaths going forward in time. “It will be important to see these findings replicated or refuted,” says Natalie Dean, a biostatistician at Emory University.

She adds: “The biggest limitation in the study is that testing [for SARS-CoV-2 infection] is still a voluntary thing—it’s not part of the study design.” That means, she says, that comparisons could be confounded if, for example, previously infected people who developed mild symptoms were less likely to get tested than vaccinated people, perhaps because they think they are immune.

Nussenzweig’s group has published data showing people who recover from a SARS-CoV-2 infection continue to develop increasing numbers and types of coronavirus-targeting antibodies for up to 1 year. By contrast, he says, twice-vaccinated people stop seeing increases “in the potency or breadth of the overall memory antibody compartment” a few months after their second dose.

For many infectious diseases, naturally acquired immunity is known to be more powerful than vaccine-induced immunity and it often lasts a lifetime. Other coronaviruses that cause the serious human diseases severe acute respiratory syndrome and Middle East respiratory syndrome trigger robust and persistent immune responses. At the same time, several other human coronaviruses, which usually cause little more than colds, are known to reinfect people regularly.